It does not take much to make me feel happy.  One thing that will do it for sure- put me a nice place to walk with interesting things to see.  Are there many better places than the beach?  So last weekend, when we were in the Outer Banks of North Carolina around Duck, I walked for miles and miles over five days.  Walks at dawn.  Walks in the middle of the day.  Walks in the late afternoon and early evening.  Even a walk in the dark of night.  I enjoyed every one of them, and thought I would show some photos of things I saw.

As far as living animals, pelicans, sanderlings, gulls, and some dolphins were the most abundant sightings.  Unfortunately, most of the animals I got to photograph were dead.

The beach there in Duck is beautiful and, this time of year, not crowded at all. 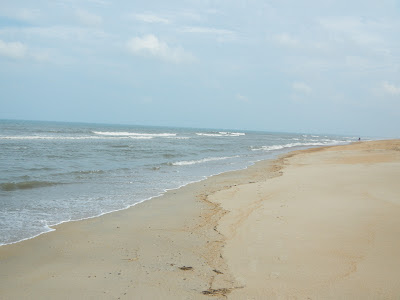 I love loons, and it was sad to see such a powerful swimmer and diver dead on the beach.  I wondered if it got caught in a storm at sea and drowned. 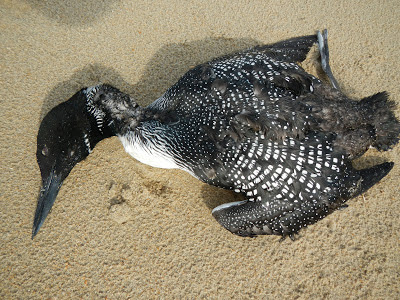 I saw the remains of about four spider crabs on the beach.  One was quite large, but I didn't have my camera with me. 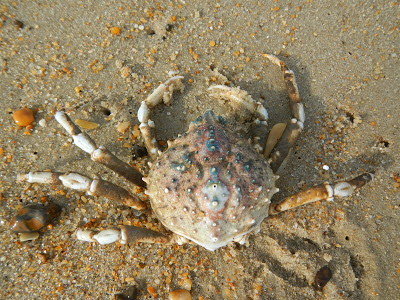 I am not sure what this crab is, but I found about a half dozen of them, alive but stranded on the beach.  I would pick them up and put them in the water.  Two were females with a large mass of eggs attached to the underside of their shells. 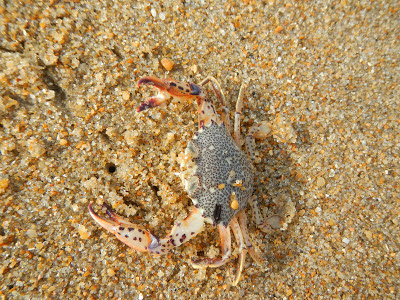 I would call this a puffer fish, but there is probably a better name. 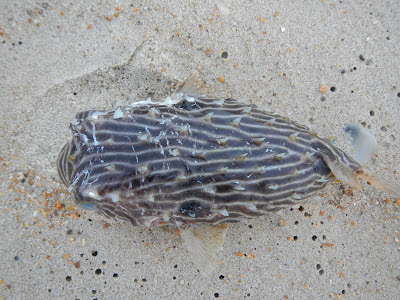 I found two dead stingrays.  I wonder if they washed ashore and died, or were caught by fisherman and left to die? 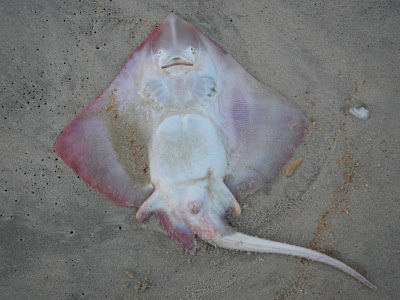 This pretty little (about an inch across) shell with the purplish - cranberry blotches is a calico scallop.  I had never seen one before. 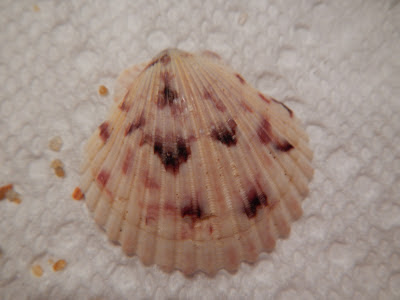 I collected a number of nice shells, but especially liked these (along with the one above): 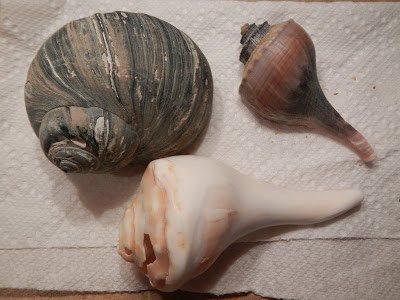 My beach combing ended last Monday with a walk on the beach at sunrise: 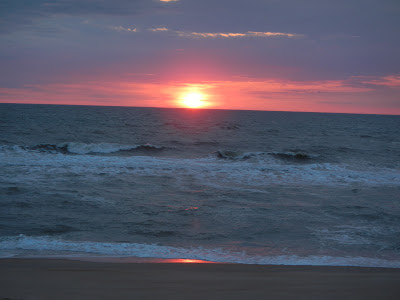 Email ThisBlogThis!Share to TwitterShare to FacebookShare to Pinterest
Labels: beaches