One of my favorite hikes in Shenandoah National Park is the Jones Run - Doyle's River loop, a moderately rugged hike of 8.6 miles.  On Friday, I led a group of seven of us on that hike, and we had a great time on a beautiful spring day.  It was my first time up in the mountains in several months, and it felt great to be back.

By the way, it was this very hike last July where I had a little too close encounter with a black bear.  No such wildlife sightings this time around, and with a group of seven, the chances of seeing major wildlife would be unlikely.

This hike drops down through a stream valley and then climbs steadily back out.  Along the way, three great waterfalls are passed, and this time, all three of them were gushing with water and were very scenic.  Other times of year, they may be barely running.  Here is a track of the route.  The red star marks the beginning and end of the hike, and the red arrows show the direction of travel.  The black arrow shows the location of Big Falls on Jones Run, and the purple arrow shows where the Upper and Lower Doyle's River Falls are located. 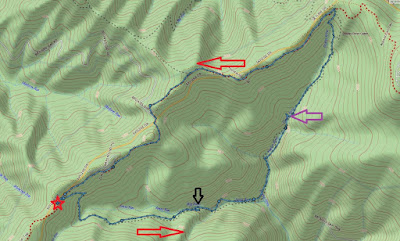 When hiking with a group, I can't dilly-dally as much, and so I take less photos.  But on this hike, it is the waterfalls that are the real attraction, so my photos will concentrate on these.  In about a mile and a half, an impressive waterfall, Big Falls on Jones Run, is reached.  Here it is, along with one of my comrades, and a separate one of yours truly. 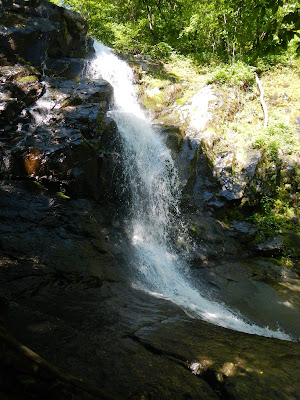 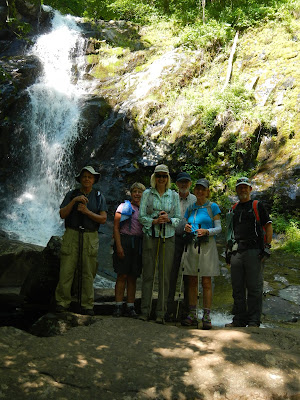 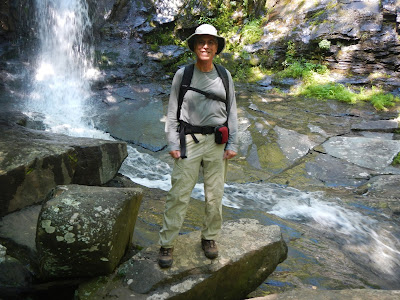 I heard a lot of birds - eastern towhee, ovenbird, hooded warbler, red-eyed vireo, and eastern wood pewee.  But as far as visible wildlife, this garter snake was it. 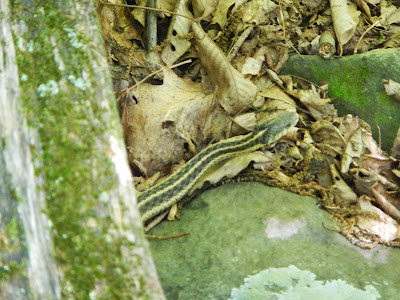 An even prettier waterfall is Lower Doyle's River Falls.  It is mesmerizing to watch it. 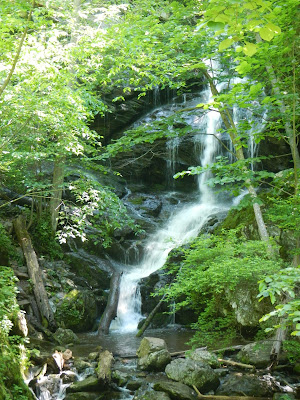 A short distance upstream is Upper Doyle's River Falls.  Here, some of my group begin getting ready for a lunch break. 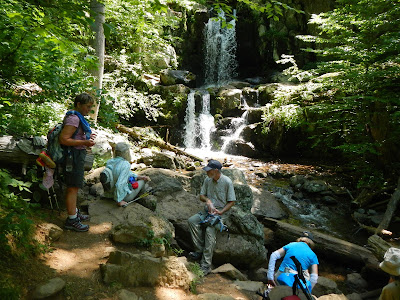 This waterfall cascades over two levels.  Eventually, all of this water will flow into the Chesapeake Bay. 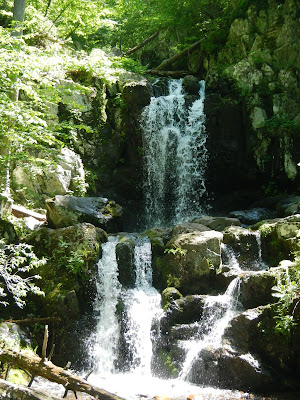 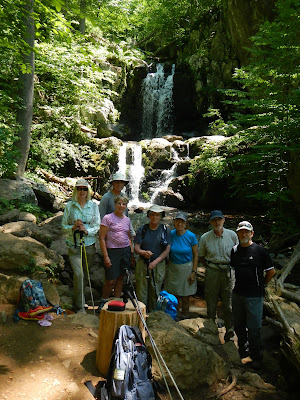 On the hike out through the green tunnel, there was also a chance to see mountain laurel in bloom. 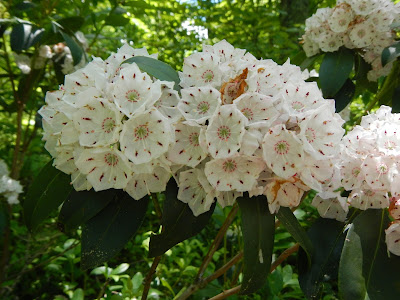 Where would you rather be on a beautiful Friday spring day? In the office, or in the mountains, hiking and looking at waterfalls with a nice group of people?  Clear choice for me!
Posted by o2bhiking at 6:11 PM