This is my last week before I click over into a new year, so I wanted to be sure to do some hiking, and I also set of a goal of 120,000 steps in the last eight days of becoming even older.  So Sunday, day two of the eight days, I returned to South River Falls in Shenandoah National Park.  It is about a 5.5 mile loop, but I added a little out and backs to it for a total of 7.7 miles.  Here is the location of this hike: 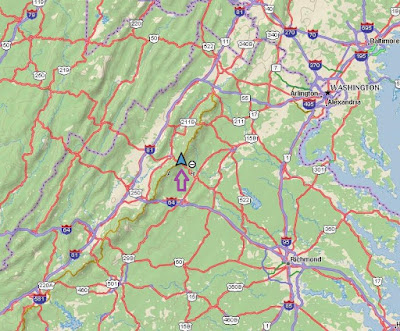 And here is my track, starting and ending at the circle, falls at the red star, and lunch spot on the Skyline Drive at the red arrow.  I also did that little hike on the Appalachian Trail for a bit just to add a mile or so. 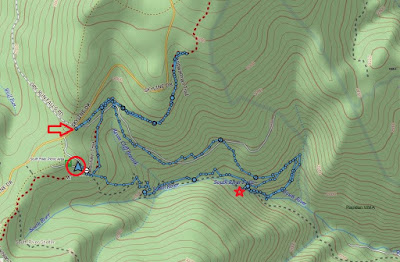 The last time I hiked here, I came upon a large black bear that initially didn't want to yield the trail, but this time, no such spectacular wildlife sightings.  I did see three snakes, and I heard a number of birds, including hooded warbler, wood thrush, eastern wood pewee, oven bird, scarlet tanager, downy woodpecker, eastern towhee, Acadian flycatcher, red-eyed vireo, Carolina wren, and Carolina chickadee. 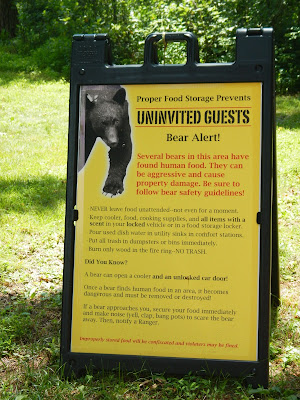 The path was generally nice and wide, and well maintained.  To get lost, you would have to be totally not paying attention. 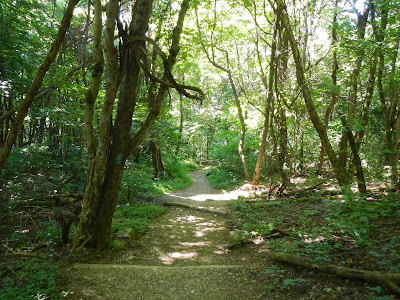 After about a mile and a half, there is a viewpoint to the falls, deep in the forest.  It is about another mile to get to the base of the falls. 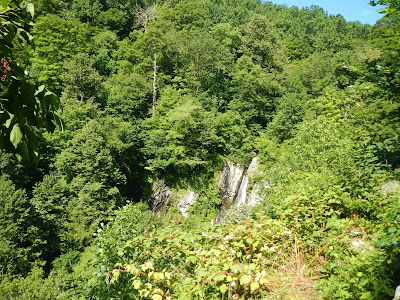 On the approach to the falls, I encountered the three snakes.  This one is a northern water snake, I believe, as was one of the others along with a ring-necked snake. 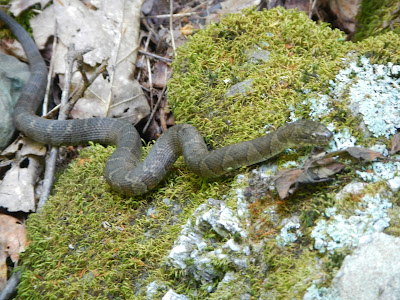 The falls plunge over 80 feet and were spectacular! 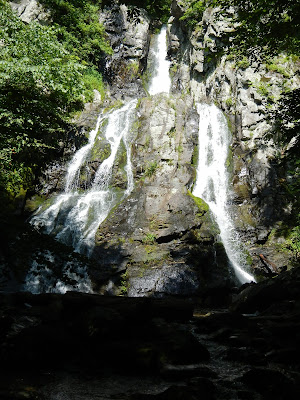 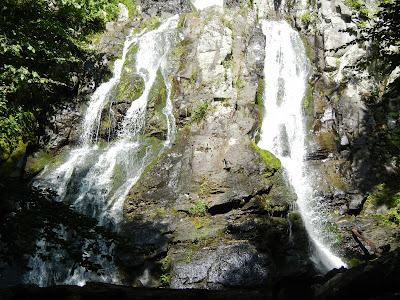 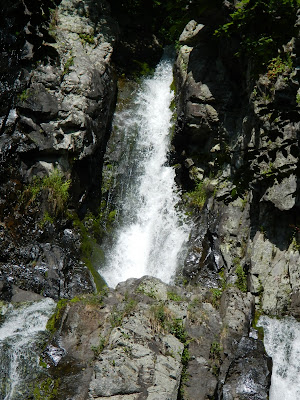 I lingered for a while admiring the waterfall, then headed back on the South River Falls Fire Road, a wide and pleasant path.  It was on this path that I saw the bear last year, so I stayed alert.  I also carried bear spray just in case, but I've never needed it. 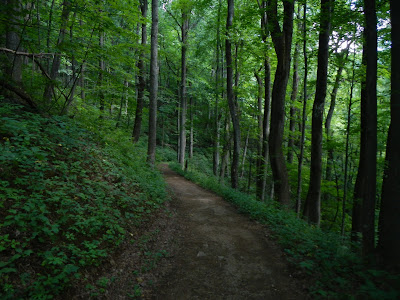 I had lunch here on the Skyline Drive, and chatted with Canadian and German travelers.... 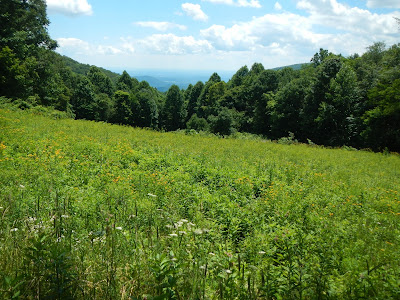 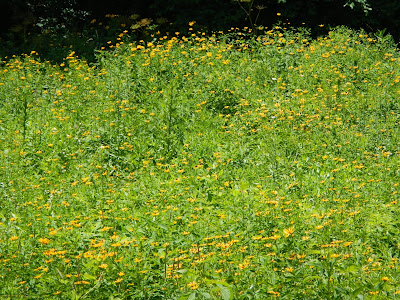 ... and ended my hike by going about 15 minutes north on the storied white blazed AT, then returning on the AT to the parking area.  Along the way, I met Woodbury, a through hiker heading for Maine.  He had no beard and I asked him about that.  It turned out that he started hiking in March from Georgia and took a 1.5 month break to attend to some family stuff.  The day I met him was his first day back on the trail!  He will reach Maine in October. 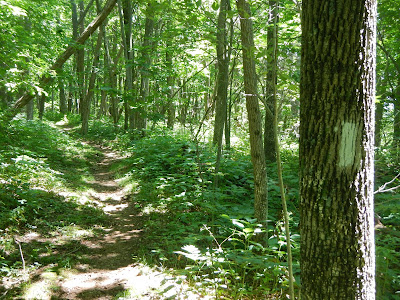