If you do Team in Training with the Richmond team, one of the rights of passage for the marathon runners and power walkers is the route to the Pony Pasture and back.  That's because it is five miles out and five miles back for a total of 10 miles.  For many of us, it is our first time doing double digit miles as a foot racer.  So I have been to here a number of times during marathon and half-marathon training over the past seven years.  But I had never before hiked the trails here - until today.

The Pony Pasture is part of Richmond's James River Park.  It is also in an area that almost became a freeway, which would have been tragic, frankly.  I saw in the paper today that three of the people who formed the group that helped fight this died in 2012.  So during my walk today, I reflected on their hard work and determination to keep this area scenic.  There are several miles of trails.  I hiked about three miles on this blustery and cool day.  It was a great opportunity to check out my new Nikon binoculars that I got for Christmas.  I think I will really like them.

I saw a number of birds on the hike, must notably large numbers of buffleheads - I saw dozens of these striking ducks - in the river, and also some Canadian geese and herring gulls.  I also saw several cardinals, a red bellied woodpecker, and some other birds, one of which I will feature in a "What Am I?" post in the near future.  I enjoyed my leisurely hike, watching for birds as I went, and listening to the rapids in the James River.  Here are some photos to share of what is likely my last hike of 2012. 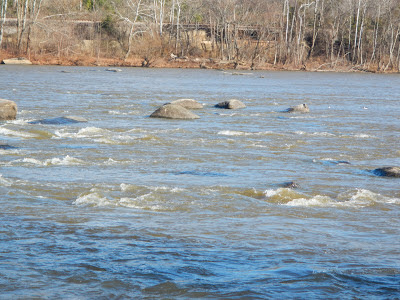 You'd never know you were so close to a large city here. 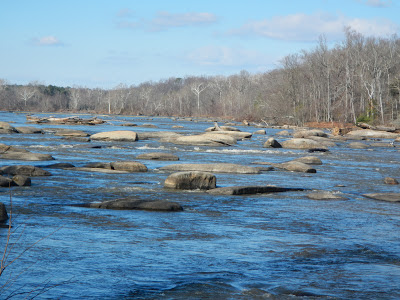 Much of my hike was in view of the river, and other parts went through deciduous forests, with some pine. 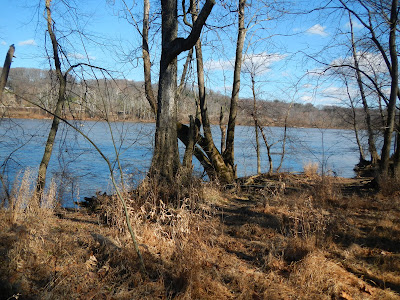 Being on foot is not the only way to enjoy the outdoors and to get around here. 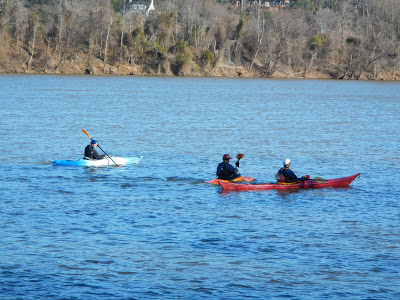 Returning to the parking lot was a tribute to volunteers and all that they made possible. 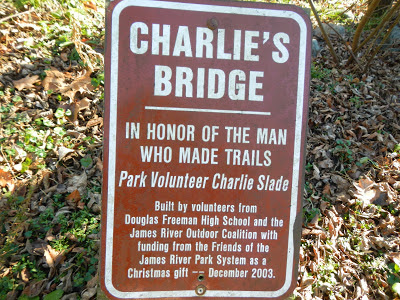