We spent a long (but too short) weekend in Cape May, New Jersey, and Friday morning, my brother-in-law and I went for an early two mile hike in lovely Cape May Point State Park.  We saw some wildlife - the hawk migration is underway, as is the migration of birds in general and of monarch butterflies to the mountainous pine forests in Mexico - a place they have never been to but that they somehow know they must reach it for the winter.  We also got a good look at a creature that I will feature soon in a "What Am I?" post.

We got there just as the sun was coming up over the ocean.  The park is at the southern-most tip of New Jersey between the Atlantic Ocean and Delaware Bay. 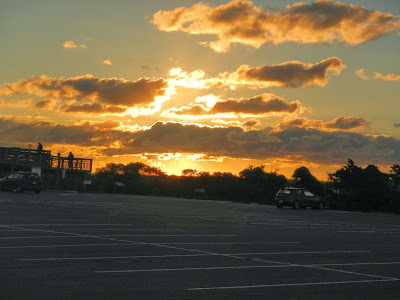 The hike went by marshes quite a bit, 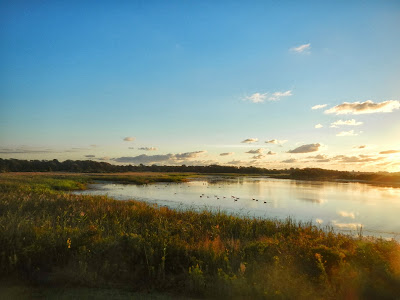 with lovely fall flowers like this goldenrod and daisies in bloom, as well as ... 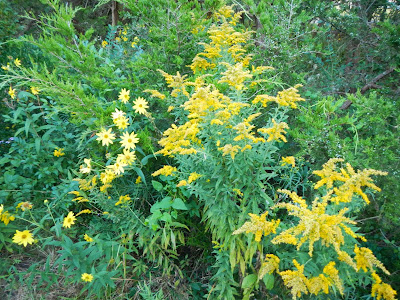 great views of the light house.  We climbed up the lighthouse the next day. 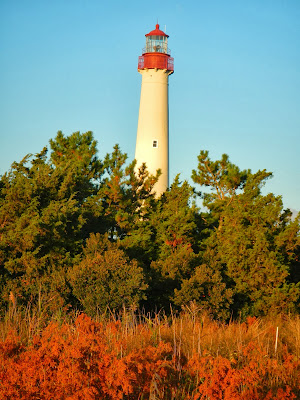 Sometimes, the trail went through open woodlands, like these.  There are also areas where they are planting and protecting native trees. 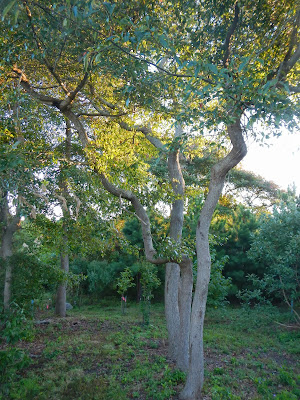 There were canals like this from time to time.  I wonder if this is man-made?  See the lighthouse just to the right of photo center? 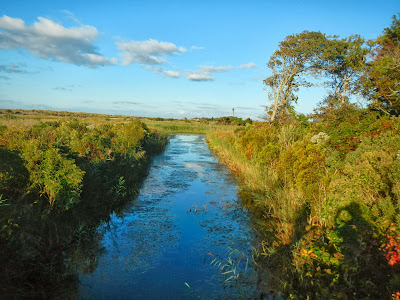 Our hike continued on the beach, where we went right past this old military bunker.  I assume it was from World War II, when Nazi submarines would come right up to our coast line and even up the Delaware Bay to attack merchant shipping. 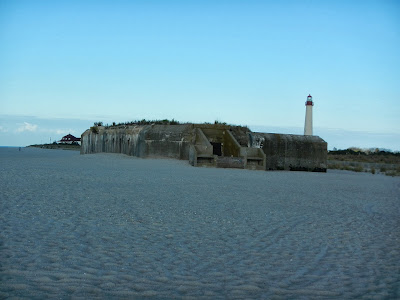 The hike to this part was the first of three hikes we did in southern Cape May this past weekend, so there is more to come, as well as the interesting bird that I saw.
Posted by o2bhiking at 6:39 PM