Last Thursday through Sunday, my brothers and I camped out at Kumbrabow State Forest in West Virginia.  On Friday, we decided to take a hike together on some of the trails there, and we headed up the Raven Rocks Trail to start out.  Here is a track of our hike, starting and ending at our campsite (orange star), hiking up the Raven Rocks Trail (orange arrow, with the red arrow locating Raven Rocks), and returning on the Meatbox Trail (purple arrow). 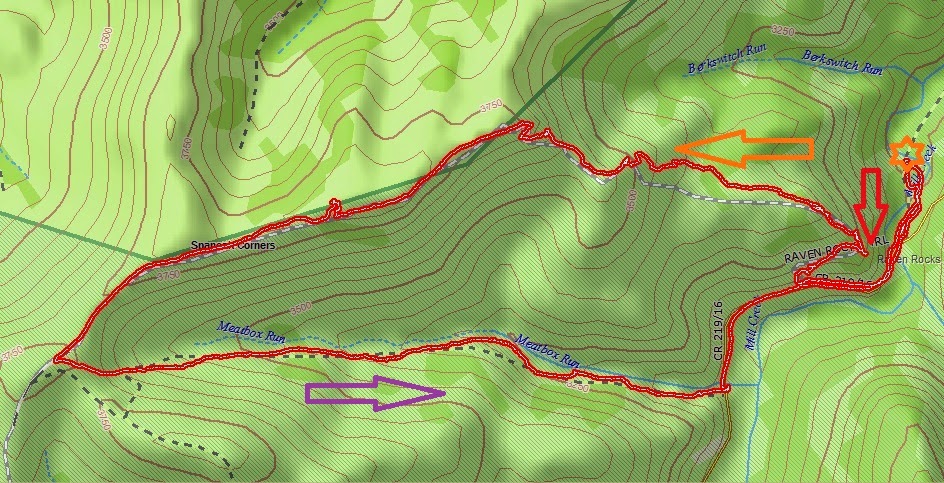 Our hike was 5.3 miles long, and had a good bit of elevation gain and loss, 1,300 feet total.  As in most mountainous areas, there is not a lot of flat walking where we went.

It was a nice hike.  We did not see any wildlife to speak of, but there was a really nice view at Raven Rocks.  The fall colors are beginning to arrive in that part of the world. 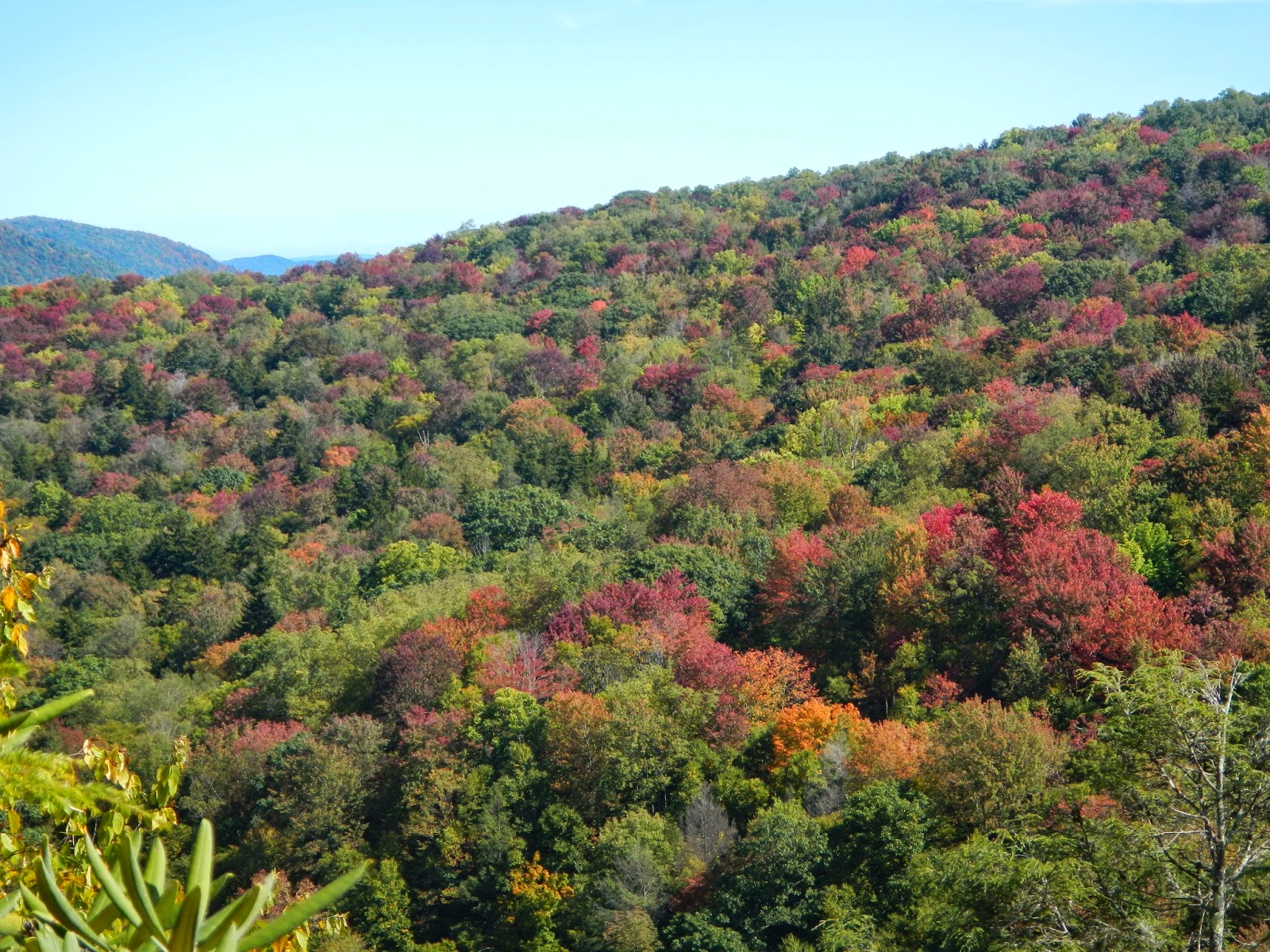 Along the way, my younger brother, who is a skilled botanist, pointed out an Indian cucumber. 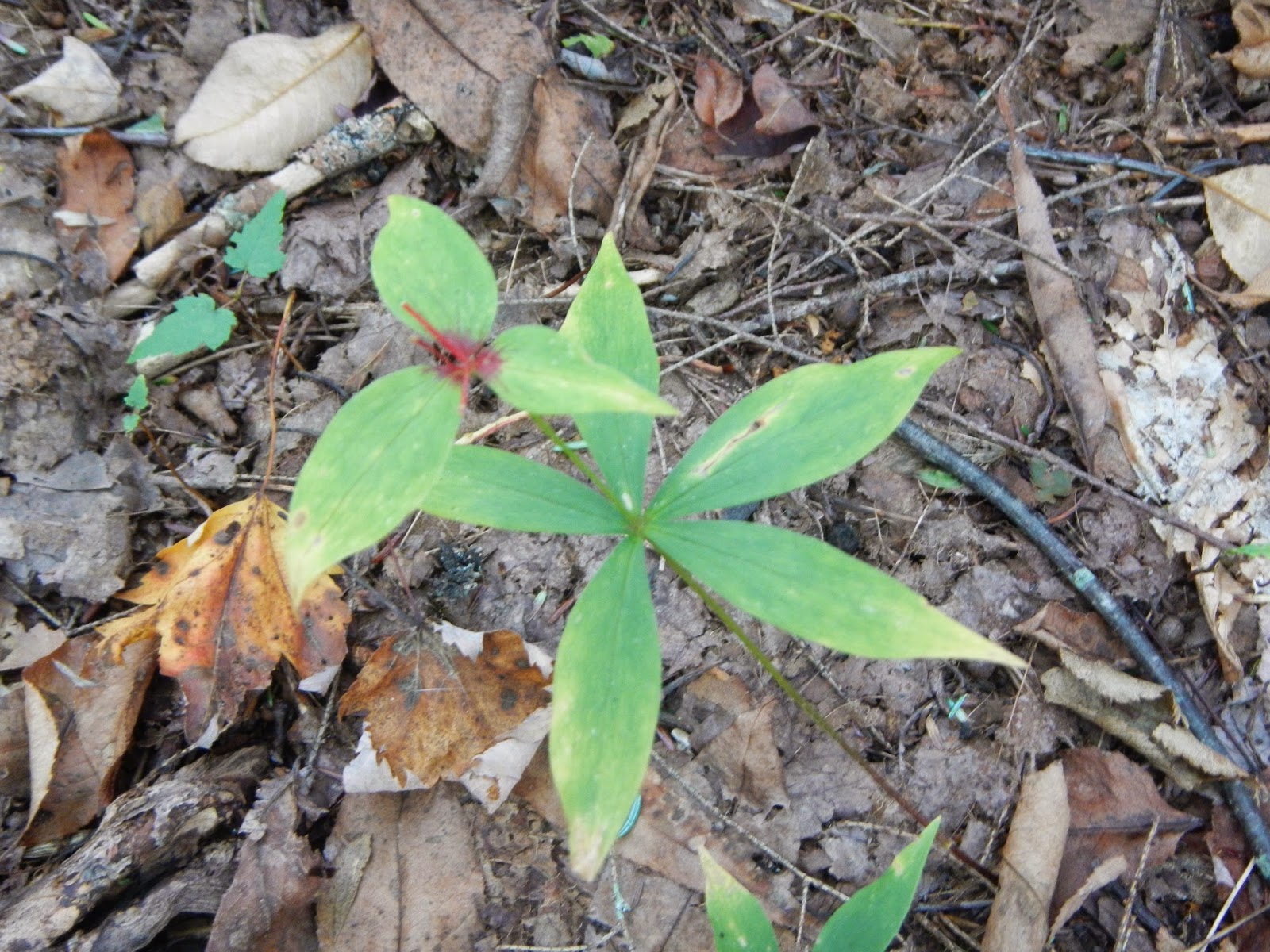 Part of the hike was along an old woods road that connected the two trails along the ridge, near the highest point in the forest, Buck Knob.  It made for pleasant and scenic walking, and the three of us enjoyed a nice lunch break in the woods nearby. 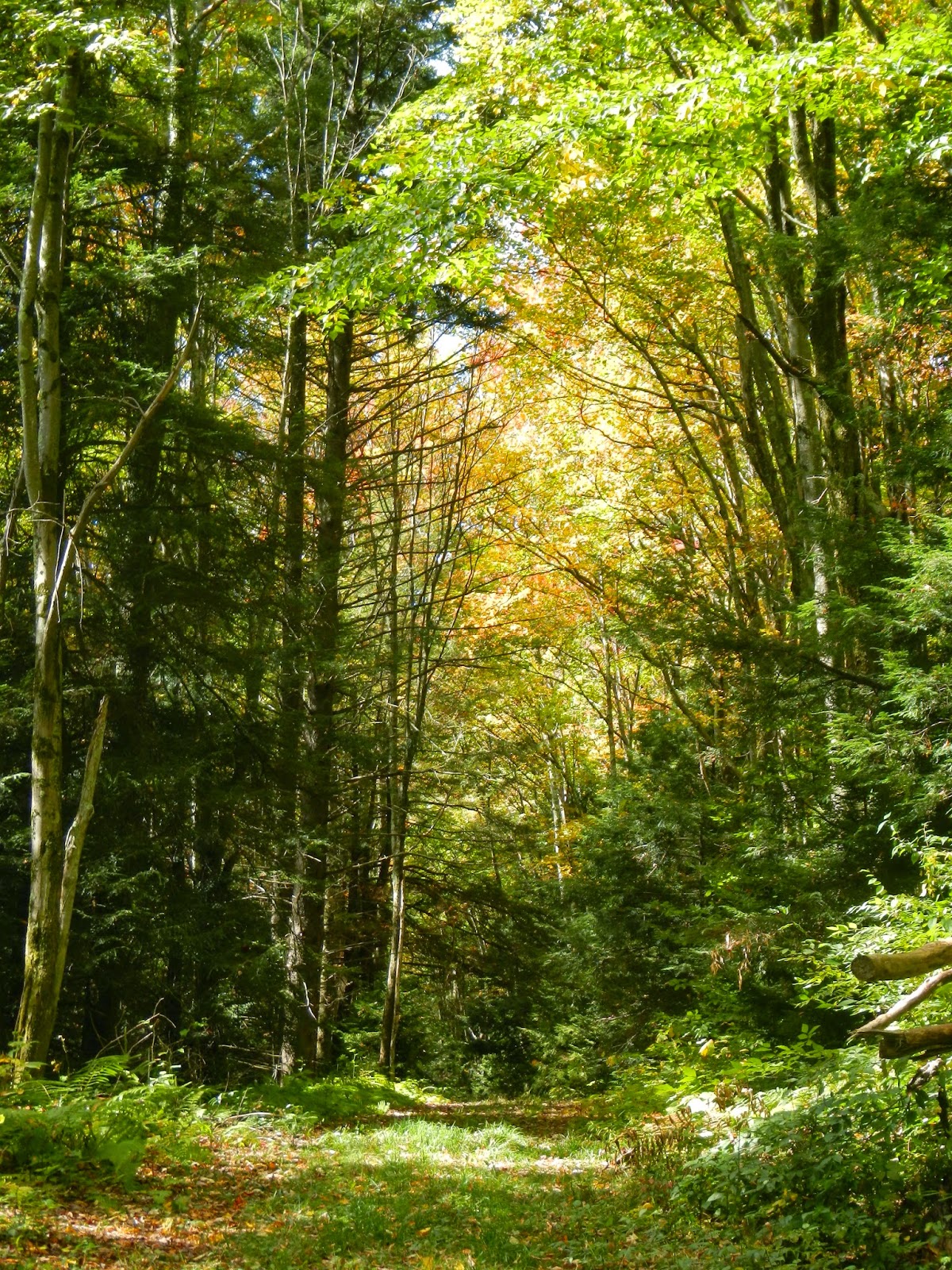 Then we headed down, joining up with the Meatbox trail, which has some steep, wet slippery areas.  I learned this first hand when I slipped on a wet log and about a tenth of a second later, landed on the log with my forearm.  I was pretty sure I had broken my arm, but in a while I could move my fingers and twist my arm.  My arm swelled up about an inch and a half within 10 minutes, and hurt like the dickens!  Now, six days later, it hurts even more and is black, blue, purple, and green from my elbow to my palm.  Not the type of "fall" I wanted to experience!

Along the way, we saw some more nice colors to enjoy. 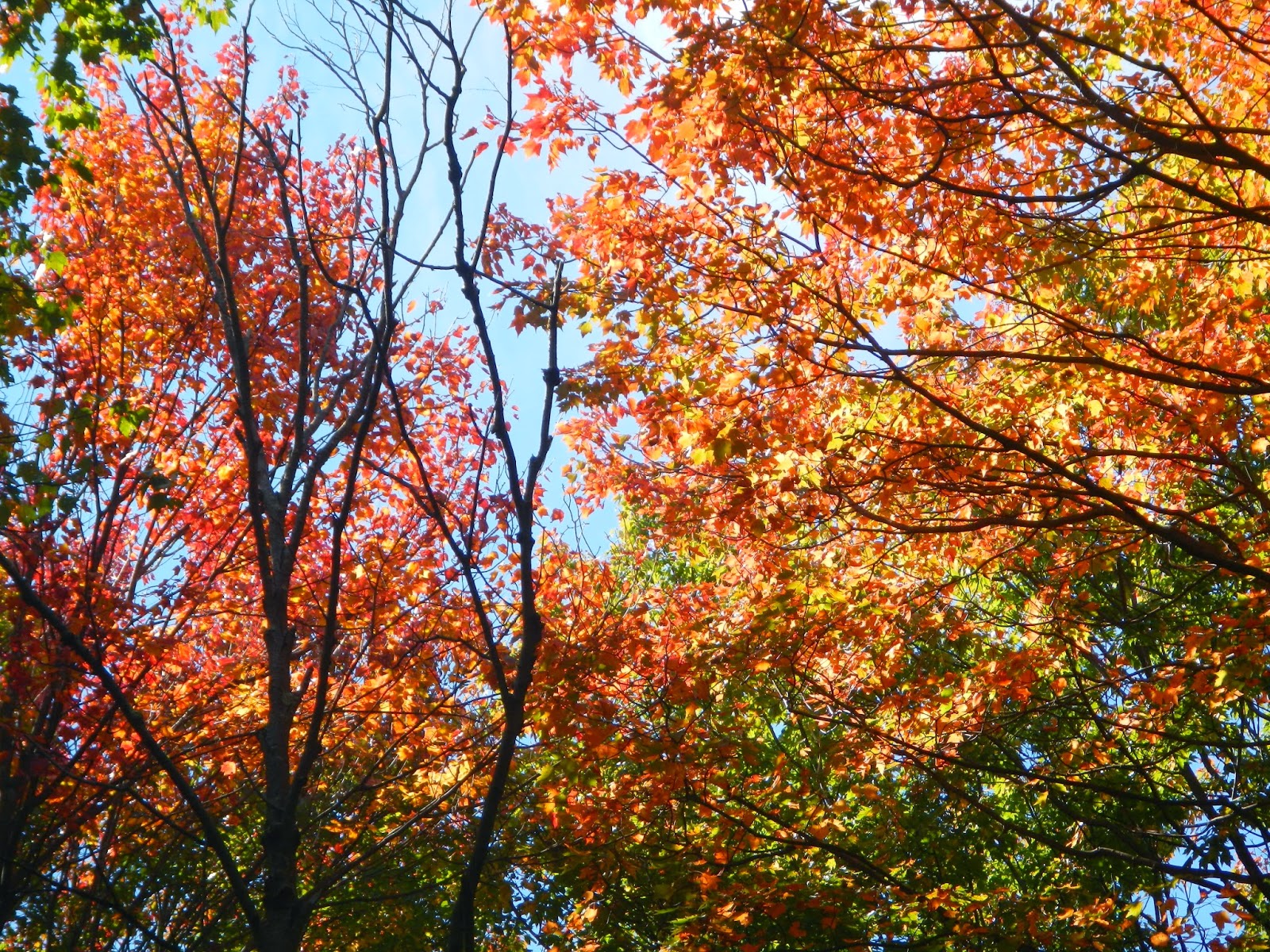 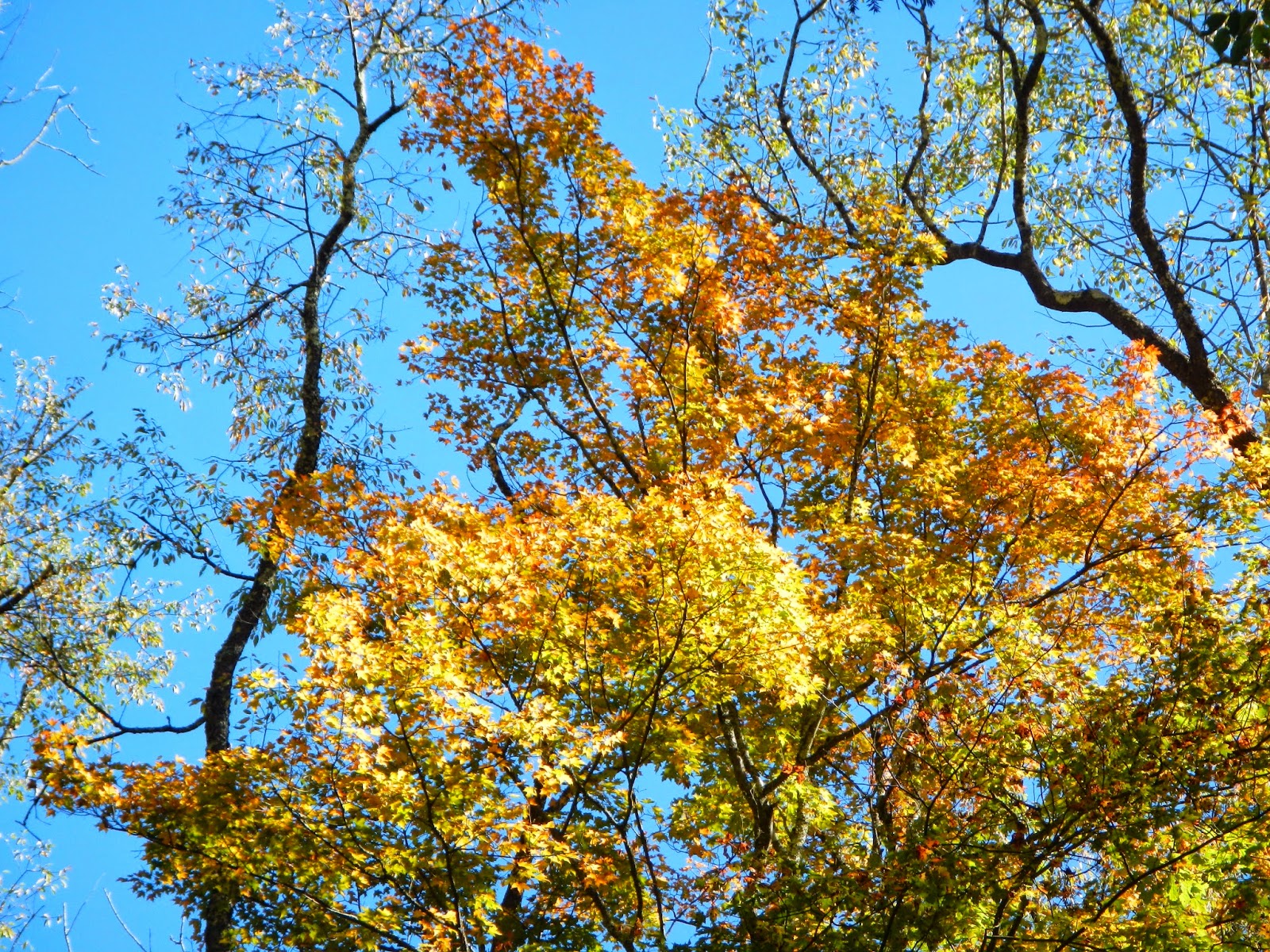 We were all a little tired from the hike, especially my brother's dog.  I iced my injured arm with ice from our cooler while everyone else took a little snooze! 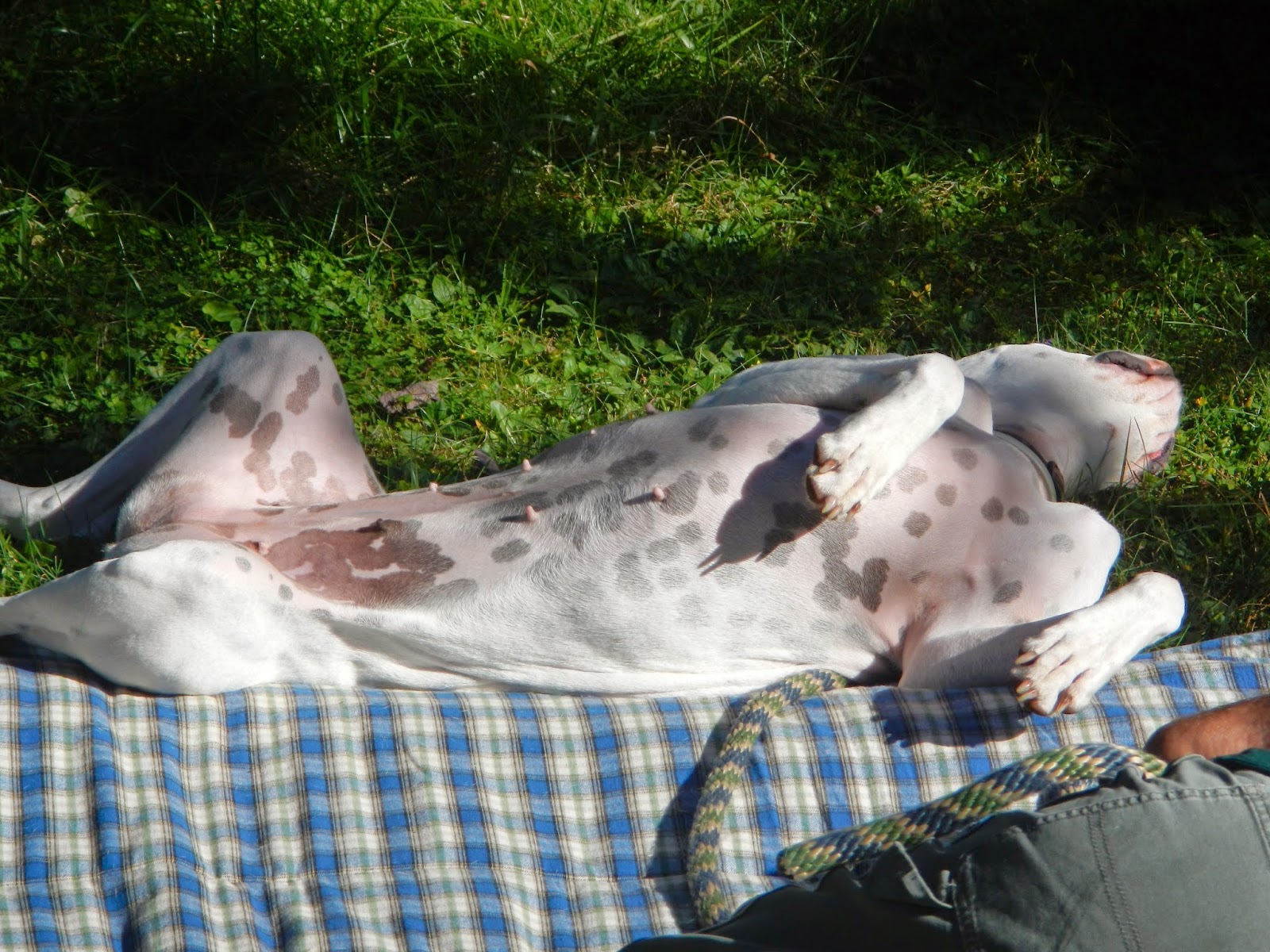 It was a really nice hike, although I could have done without the fall.
Posted by o2bhiking at 6:01 PM