During my aborted hike along the Appalachian Trail in Shenandoah National Park, I spent the second and last night of the trip at the Pass Mountain Shelter. 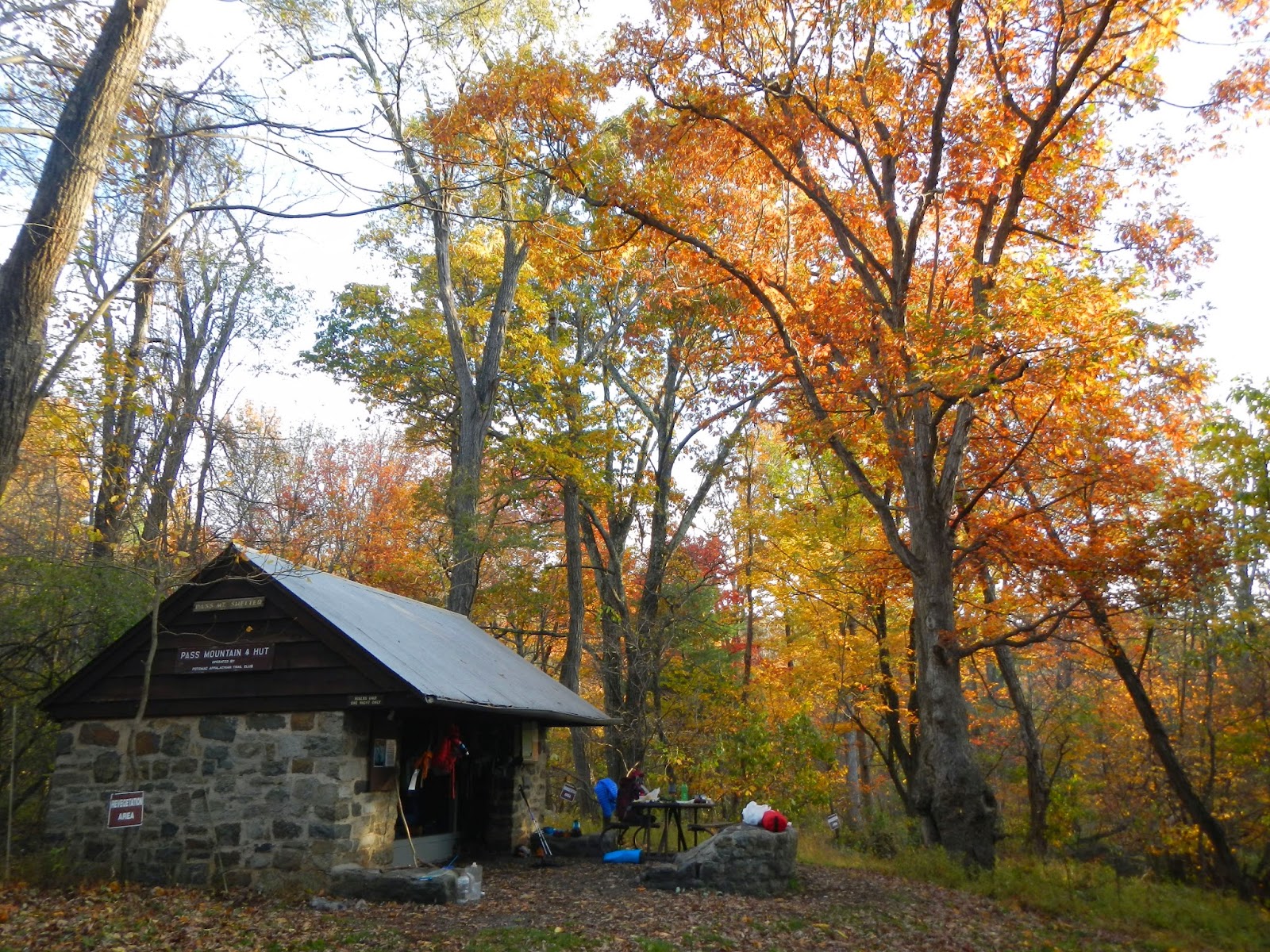 I was hiking alone at that point, since my hiking partner, Hawkeye, had blown his knee out a few hours earlier.  I wondered if anyone else would be at the shelter, and when I got there, I ran into Ozone and Mittens, a father and his young son who we had run into on and off the past two days.  They were getting ready to leave the trail as Ozone was worried about his son's sleeping bag keeping him warm that night.  As it turns out, it was not nearly as cold as the prior night.

Shortly after they left, a through-hiker, Dirty Bird, showed up.  We chatted for a bit, and then five other through-hikers rolled in, one or two at a time: Hydro, Max, String Bean, Toast, and Ducky. They had started hiking in northern Maine, at Mount Katahdin, in July, and had the goal of reaching Springer Mountain in Georgia before Christmas.  I really enjoyed chatting with them and hearing their stories from the trail as we cooked dinner.  One of them reconstituted a campfire from the embers that a big party of picnickers had left, and we talked around the fire for several hours.  A few of the hikers came in well after dark, hiking by headlamp.  They were all lean and fit, used to putting in 15-25 miles a day on the trail.  Most were pretty young but Max was 50, and doing the hike as a way to celebrate the Big Five-O and attain a life-long dream.

As people were starting to cook their suppers, Max said "I need to get a new stove.  I have not had a hot meal on the trail since the 100 Mile Wilderness (which is in northern Maine) when my stove broke."  I said, "You know, I have plenty of food, go ahead and pick out a meal."  Max said, "That's too generous, I could not ask for that," to which I replied "You're not asking, I'm offering.  Go ahead.  My food bag is hanging from that tree over there.  Pick out a meal."  So he did, picking out my "Curry in a Hurry" that I packed since I like it so much.  I fired up my stove, and he just kept thanking me over and over, saying how much he was going to enjoy the hot meal, and how much he loves curry.  And he did obviously savor it!  He said "I never, ever expected to receive 'Trail Magic' at a trail shelter."  His last words to me when he left the shelter in the morning were "Thanks again for the meal, Warrior!"

"Trail Magic" is when someone does something nice for a through-hiker: gives them a ride, offers them a place to stay off-trail or a meal and a hot shower, lets them wash their clothing, hands out snacks or candy or cold drinks at trail junctions, and so forth.  It is a good thing to do, because these folks endure a lot of hardship and discomfort to attain their dream of hiking the 2,180 miles of trail.  So I was glad that, in some small way, I could make a fellow hiker's day a little more enjoyable.
Posted by o2bhiking at 3:13 AM