My friend Doug suggested a hike together recently.  Tragically, Doug's wife died the beginning of the month, and I think it will be good for him to get out in nature, so I was happy to join him.  He suggested Lake Anna State Park, and we went on February 13.  We did a circuit hike of about five miles, following a number of trails (Sawtooth, Glenora, Big Woods, Cedar Run, Turkey Run) and getting some nice views of the lake.  Here is a track of our route, starting and ending at the star.  The purple and blue arrow shows our direction (counter-clockwise).  I'll refer to the other arrows later. 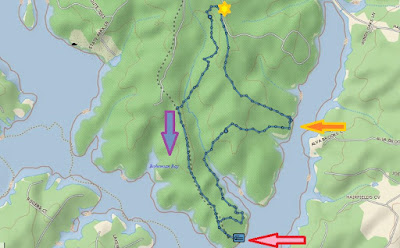 I thought that this tree would make a great seat for a little child. 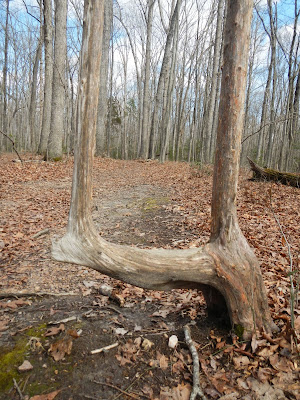 No doubt that we are still in winter, although I saw a lot of trees beginning to bud. 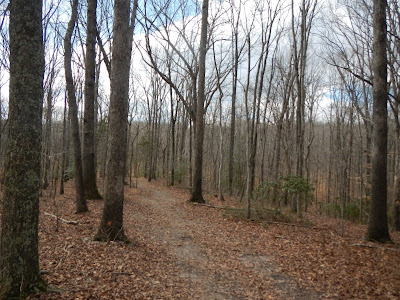 We've had lots of rain, so the streams were running nicely, 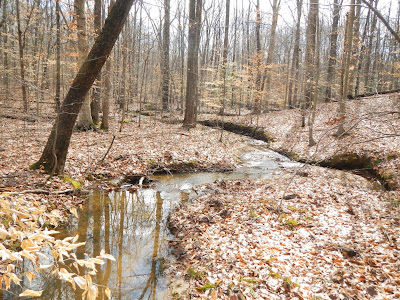 and there was plenty of mud on the trails to slog through. 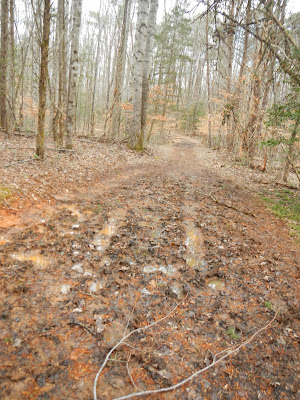 There used to be a plantation here, Pigeon Plantation.  This was the smokehouse.  It took 40 days for the ham to cure, then about a week to smoke the hams.  Finally, they were left to age for about six months - a long process before eating that ham dinner.  No super markets to fall back on! 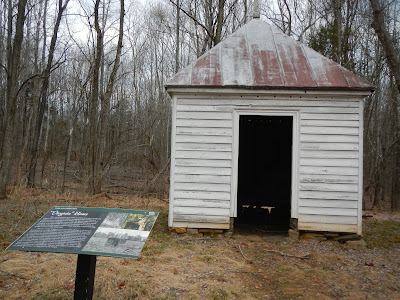 We ate our lunch here by the lake (refer to the red/pink arrow on the map).  It was a nice spot. 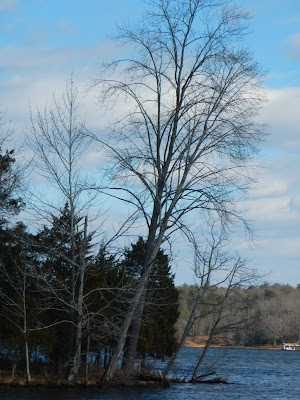 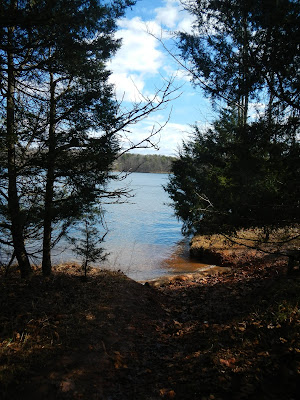 But an even nicer spot was found later in the hike (see the yellow/orange arrow).  There was even a picnic table here! 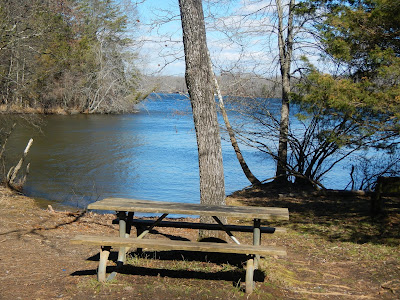 I enjoyed hiking with Doug on this day.  We had pleasant weather, especially for February, and it was nice to get out and about with him, enjoy the outdoors, and talk about things.
Posted by o2bhiking at 4:11 AM