Rambling Around the Steel City

Like a phoenix rising from the flames, smoke, and ashes of heavy industry, the city of Pittsburgh has undergone a rebirth.  This one city produced more steel during World War II than all of the Axis nations combined, but Pittsburgh was also known for heavy air and water pollution.  Since the steel industry's decline, this metropolis in Western Pennsylvania is experiencing a renaissance into the financial and service industries, as well as tourism.

Although I didn't hike in Pittsburgh, I did walk for about 22 miles in my two and half days there last weekend, and I saw a lot of the local sights.  Here are some photos to prove it.

The Carnegie Museum of Natural History had excellent collections of geology and gems, 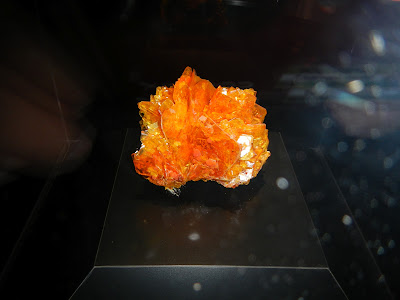 prehistoric life, and other collections. 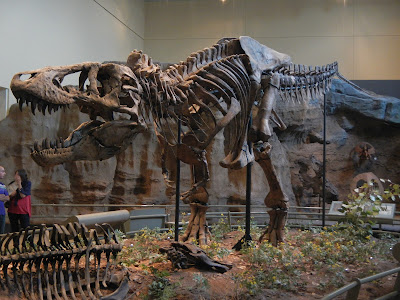 We also enjoyed the Carnegie Museum of Art: 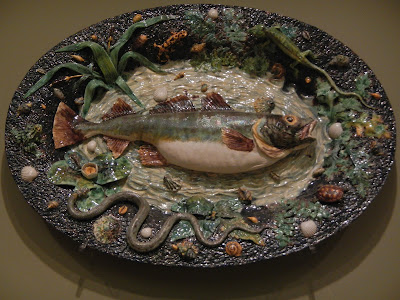 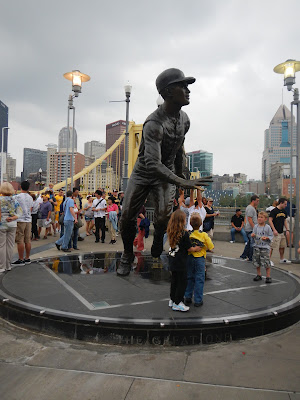 where we saw the Pirates defeat the Marlins Saturday night. 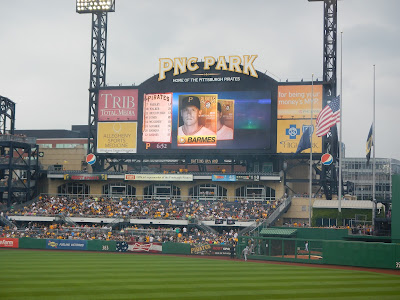 After the game, we were treated to nice views of the city at night as we walked back across the Roberto Clemente bridge, shown here in the foreground. 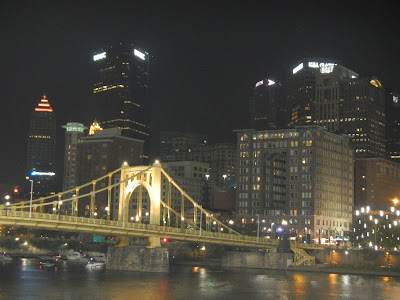 I walked for miles along the riverfront.  Pittsburgh has 70 miles of riverfront and over 400 bridges, including the Roberto Clemente Bridge. 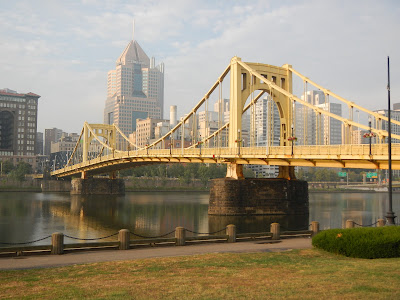 A short distance away is the Rachel Carson bridge, dedicated to someone that I have admired for a long time. 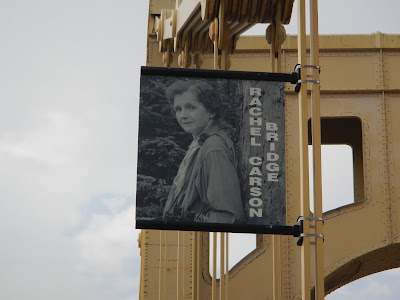 There is also some good public art in the city.  Based on the paucity of taxis I saw, this business man might still be waiting. 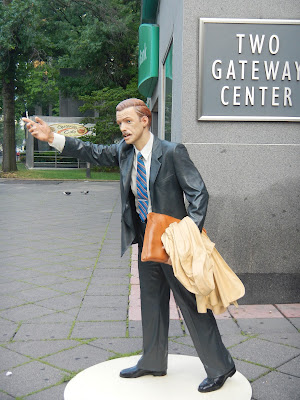 As we walked across the Fort Pitt Bridge, you can see why Pittsburgh is here.  Originally called the Forks of the Ohio, the Monongahela River (foreground) and Allegheny River (behind the point) join to form the Ohio River, which joins the mighty Mississippi at Cairo, Illinois. 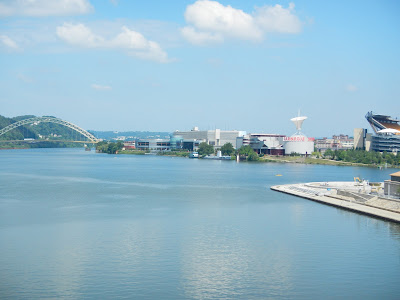 We walked a goodly amount to ride the Duquesne Incline up Mount Washington for magnificent views of Pittsburgh. 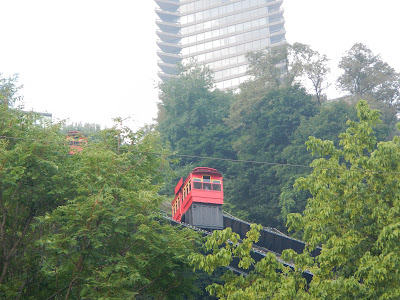 Heinz Field is directly across the Ohio from the Duquesne Incline.  As a Philadelphia Eagles fan, I am rarely going to cheer for the Steelers, who play here.  But as winners of six Super Bowls (six more than the Eagles have won), I do have to give them grudging respect. 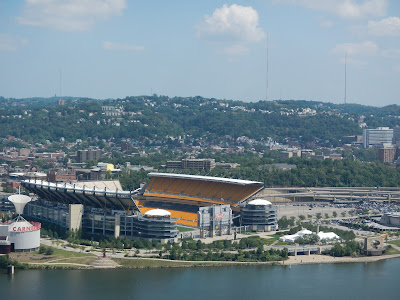 Click the photo to see the full panorama from Mount Washington.  The Allegheny River is on the left, the Monongahela in the right foreground.  The point (now Point State Park) used to contain Fort Duquesne of the French until the English captured it in the French and Indian (Seven Years) War.  Then, Fort Pitt was built here and the city gradually grew up and spread from there.  I wonder what George Washington would think if he could see this?

The Fort Pitt Blockhouse is the oldest surviving building in Pittsburgh.  It has double rows of musket ports to guard the advances of the now gone Fort Pitt from Indian attacks.  After the French were defeated, horrific wars and revenge killings between the Indians and Americans continued in Western Pennsylvania for a good many years, including during the Revolutionary War.  The excellent Fort Pitt Museum, a stone's throw from the blockhouse, tells this story - among others - really well. 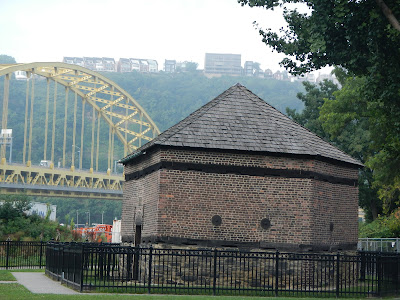 The World War II Submarine USS Requin is now a museum.  I wonder if it is constructed from Pittsburgh steel?  We got close to it during a one hour scenic river cruise on Pittsburgh's three rivers. 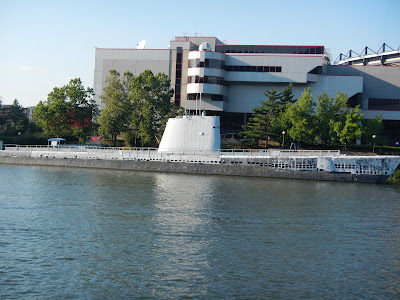 Here is view of the Point with Pittsburgh rising behind it from the cruise boat.  The Allegheny River is on the left. 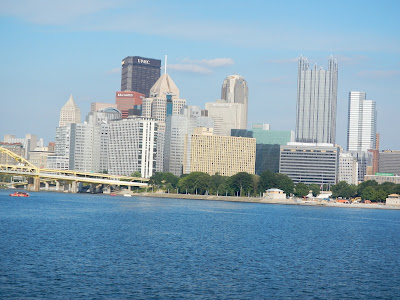 Email ThisBlogThis!Share to TwitterShare to FacebookShare to Pinterest
Labels: urban