Lunch Time by the James

This week has swung wildly between mid-winter and late spring: an ice storm one day; mid-70's the next day and the day after; back into a deep freeze today.  But on one of those mid-70's days, I took advantage of the weather to take a four mile walk at lunch time.  I had to go over an hour to have time to walk, explore a bit on Belle Isle in the James River, and eat lunch on the rocks as the mighty James roared by a few feet away.  Did I want to go back to work?  Hell, no!  But I did.  And since Blogger has fixed the problem with photo uploads, I shall share a few photos of my all too short lunch break.

Looking this way (to the south) there is no doubt one is near a big city with the view of the Robert E. Lee Bridge and downtown Richmond.  Turn 180 degrees, and the view suggests you are nowhere near an urban area. 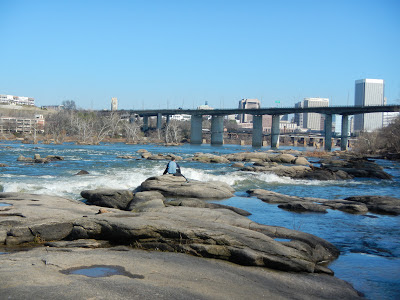 This guy and a pal were running the Hollywood Rapids.  It looked like fun if you know what you are doing. 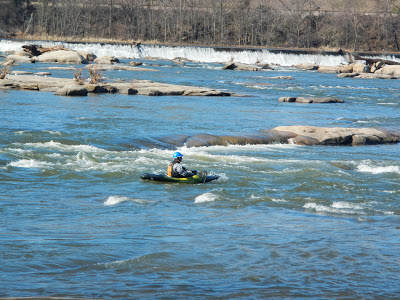 Shortly after where the photo above was taken, they got to go through this.  Yikes!  While I ate my lunch on the rocks, one of them was scouting this rapid. 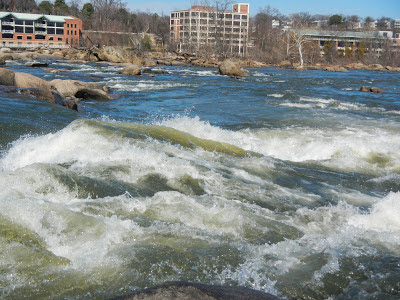 A pleasant one mile walking trail circumnavigates Belle Isle.  Along the way, I watched a young woman, egged on by friends, scale a steep rocky area, climbing about 40 feet nearly straight up.  We all cheered for her when she got to the top. 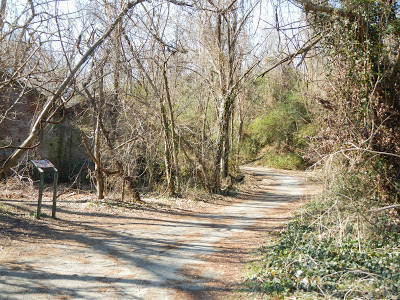 Off Belle Isle and on the way back to work, there is a nice overlook of the Tredegar Iron Works Historic Site, which now hosts the cities Civil War Battlefield Visitors' Center. 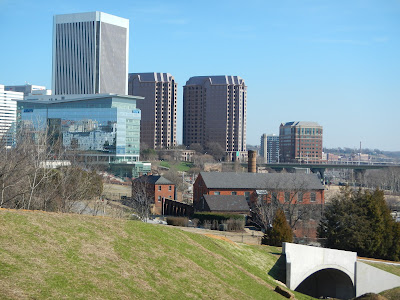