Time to finish up my posts about my walks and hikes in Scotland.  This walk took place on May 24.

After seeing the William Wallace Monument, we wanted to visit the famous Bannockburn Battlefield, but it turned out that there was a big parade on the way and traffic would be impossible.  So instead, the lassies decided to relax at the motel, and the laddies decided to walk about Stirling for a couple of hours.  It was mostly urban but we also found a nice park along the way, high up in this hilly city and near the Stirling Castle that we had spent the morning touring.

We parked at a car park near the train station, crossed the river on the tall pedestrian bridge, and started walking along the streets of Olde Stirling. 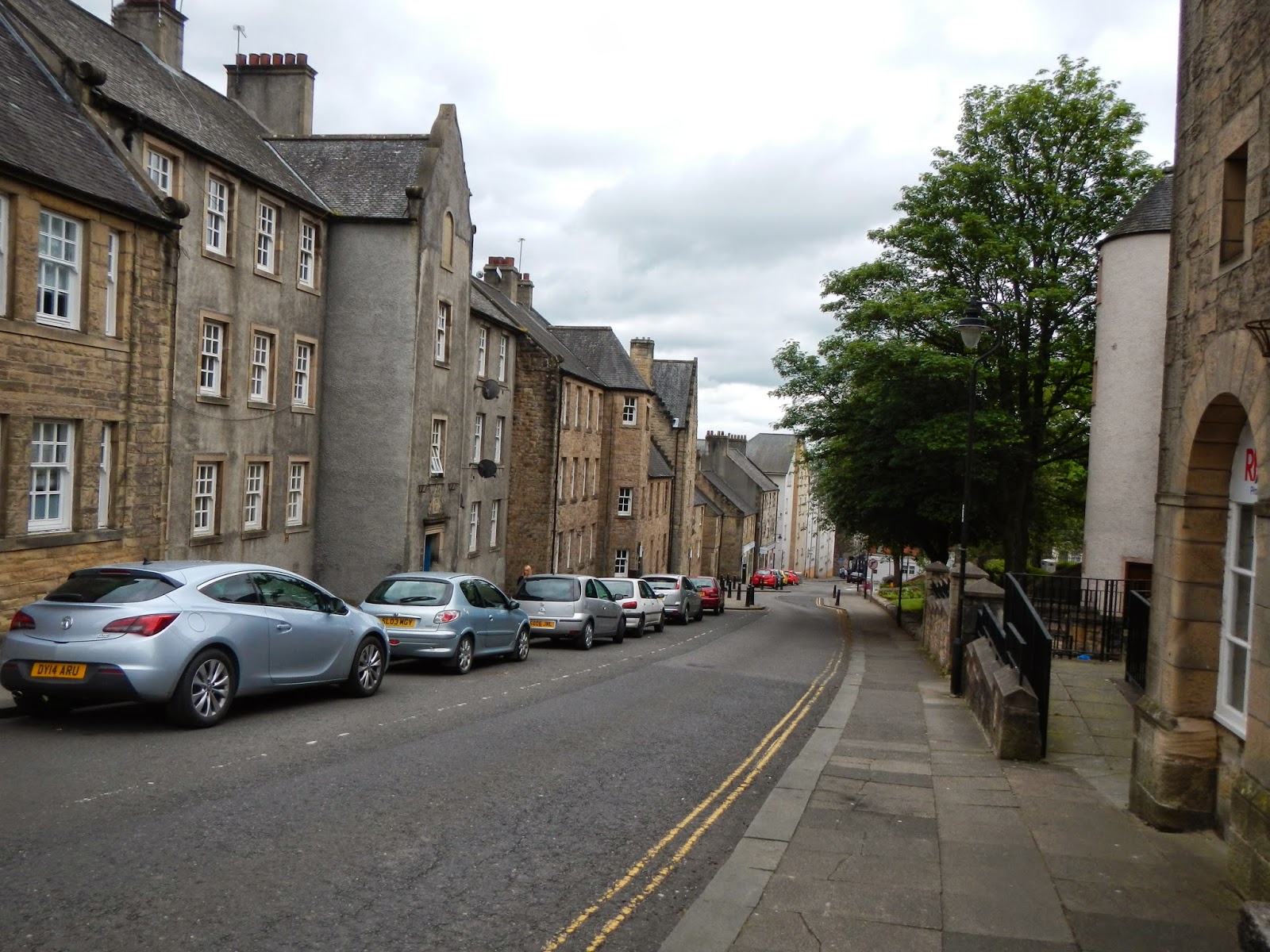 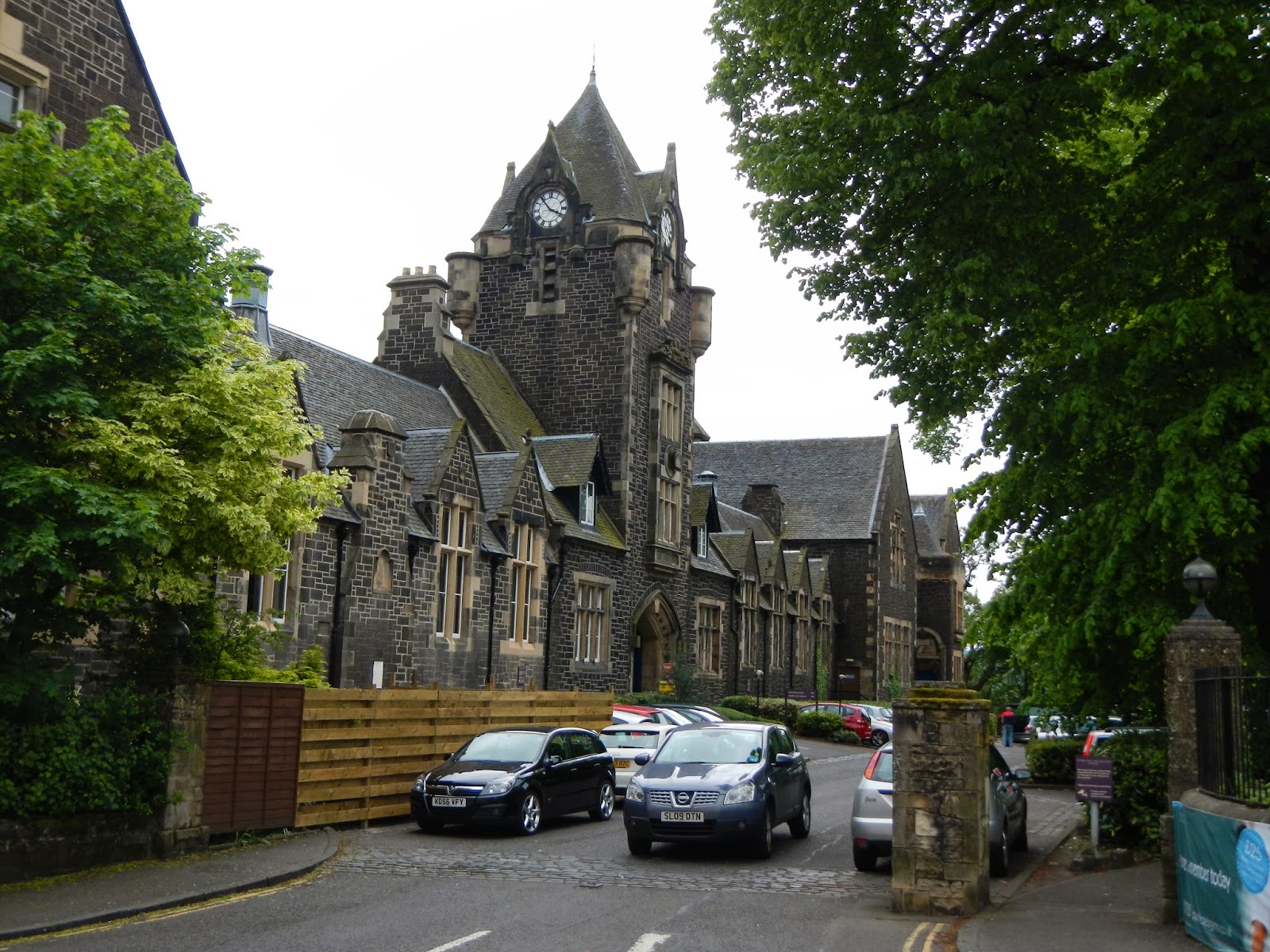 Here is another view of the Wallace Monument in the distance, several miles as the crow flies. 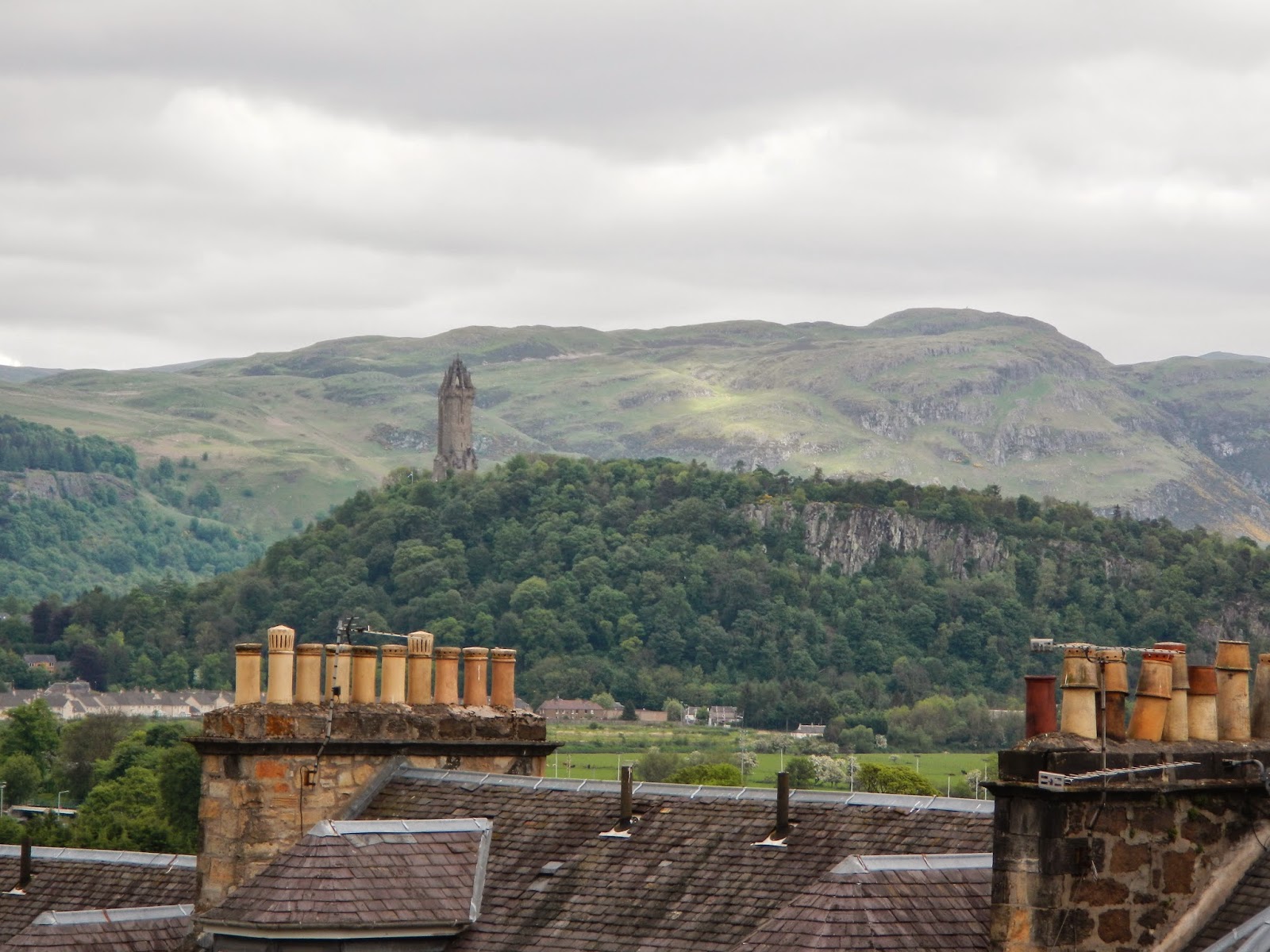 After walking through the city for a good ways, we came on a wild looking and inviting city park, and began hiking some of the trails.  There were a few people about, mostly young lovers - ah, is there anything like being young and in love in the spring time? - and one very friendly border collie. 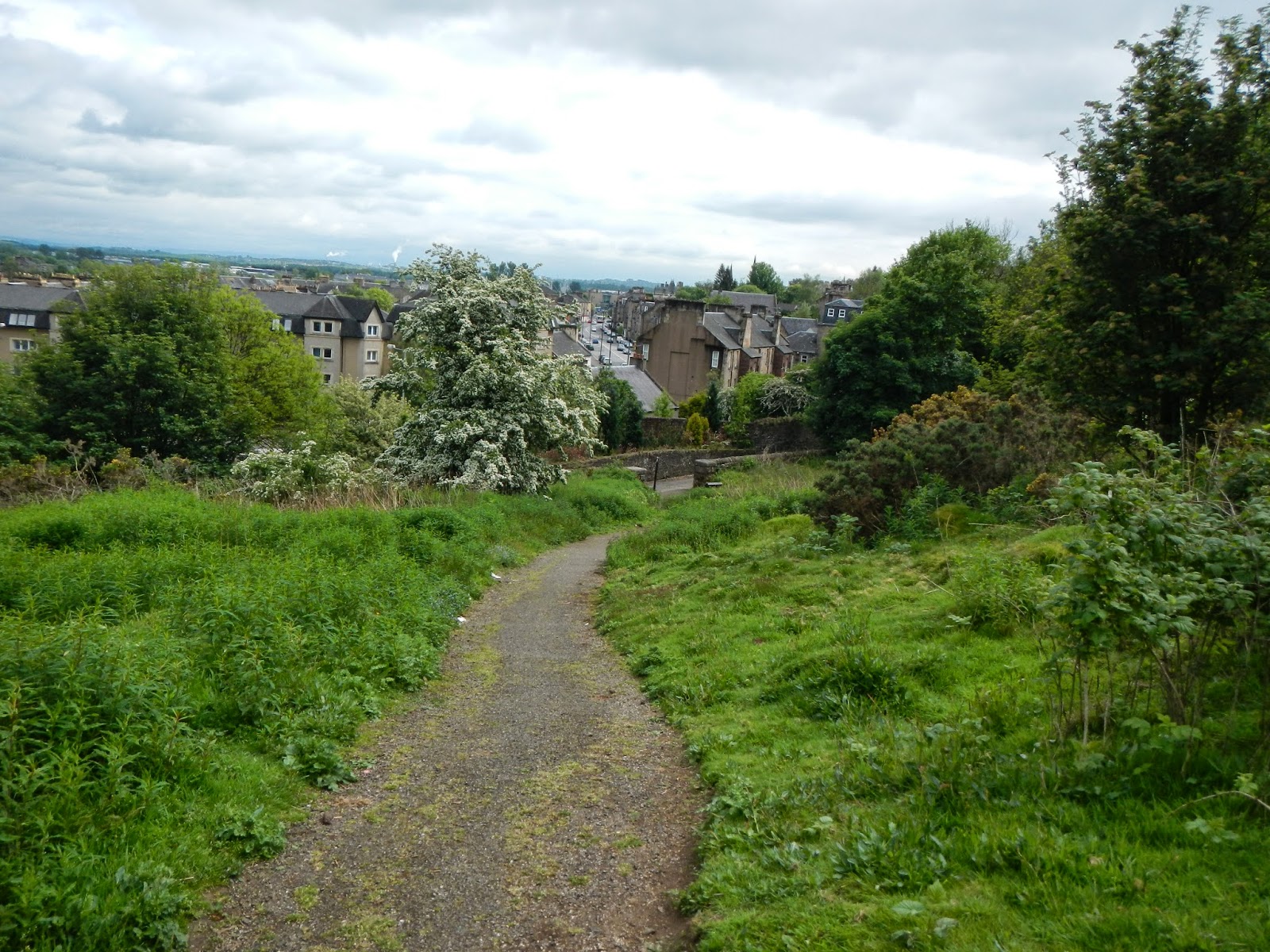 We spied these cannon high up on a hill, and decided to walk up.  I thought that the beheading stone might be in that general area, and wanted to see it (but not try it out). 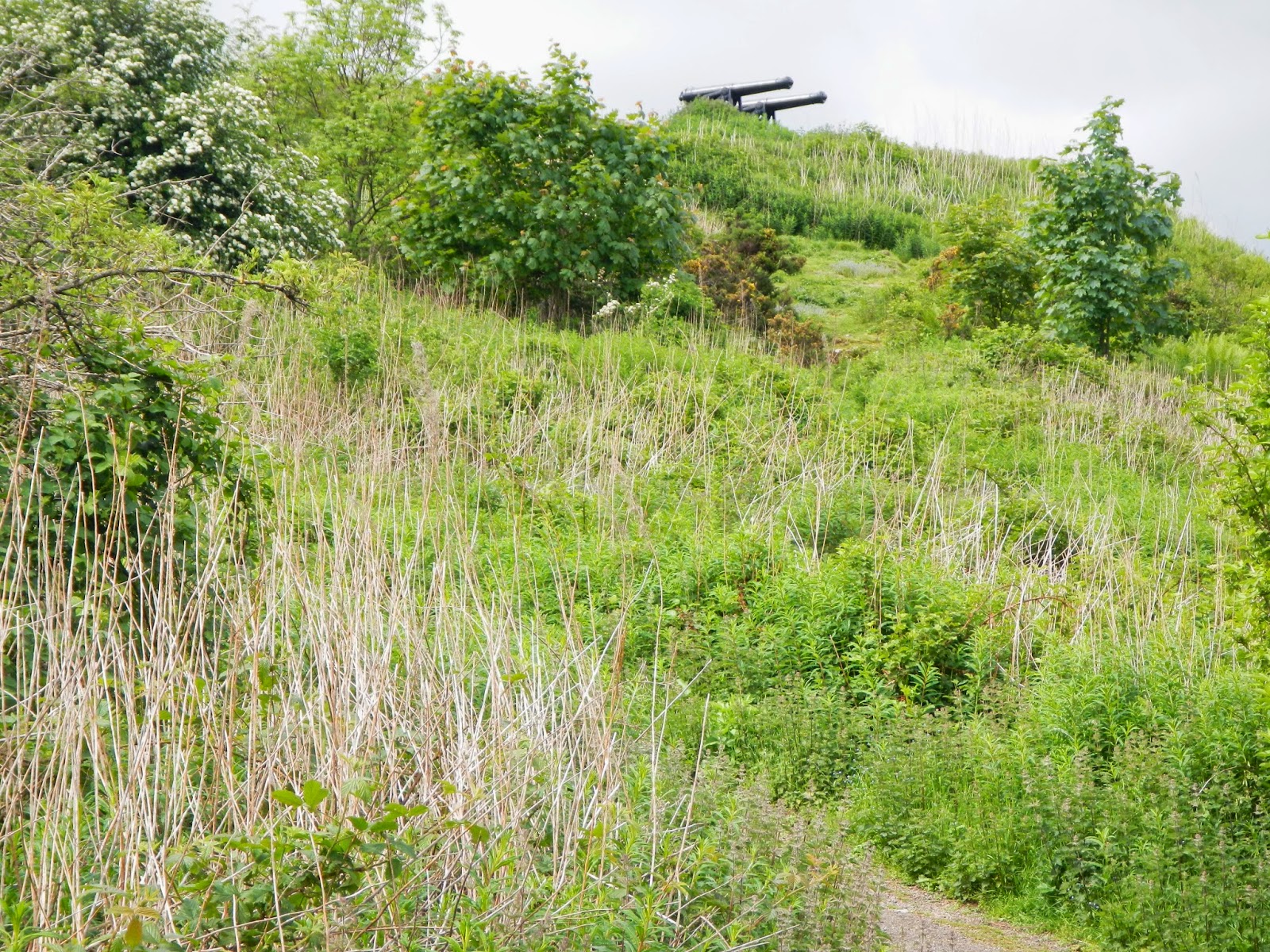 As we walked along the trail, my brother-in-law said "Do you smell that minty smell?"  The edges of the path were thick with the plant shown below, and I decided to rub it between my thumb and forefinger to release the minty odor.  Big mistake!  In a split second, my fingers felt as if I had touched a red-hot stove!  They hurt for a good 12 hours and didn't feel right for 24 hours.  This turns out to be stinging nettle.  My brother-in-law, who was reaching for the plant, was thankful that I was a little bit quicker than he was. 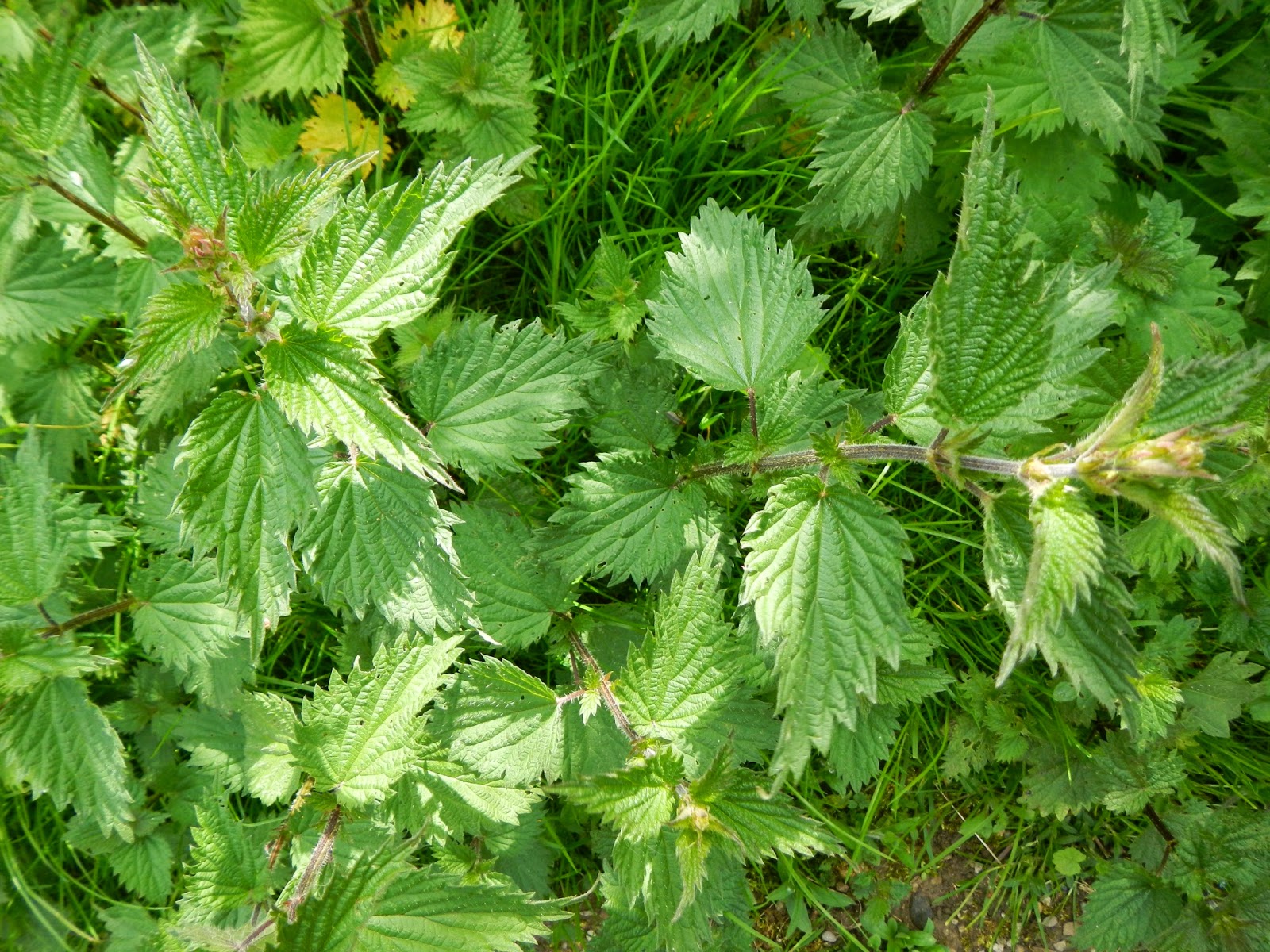 At the top of the hill, near the pair of cannon, was the beheading stone.  It is no longer in use. 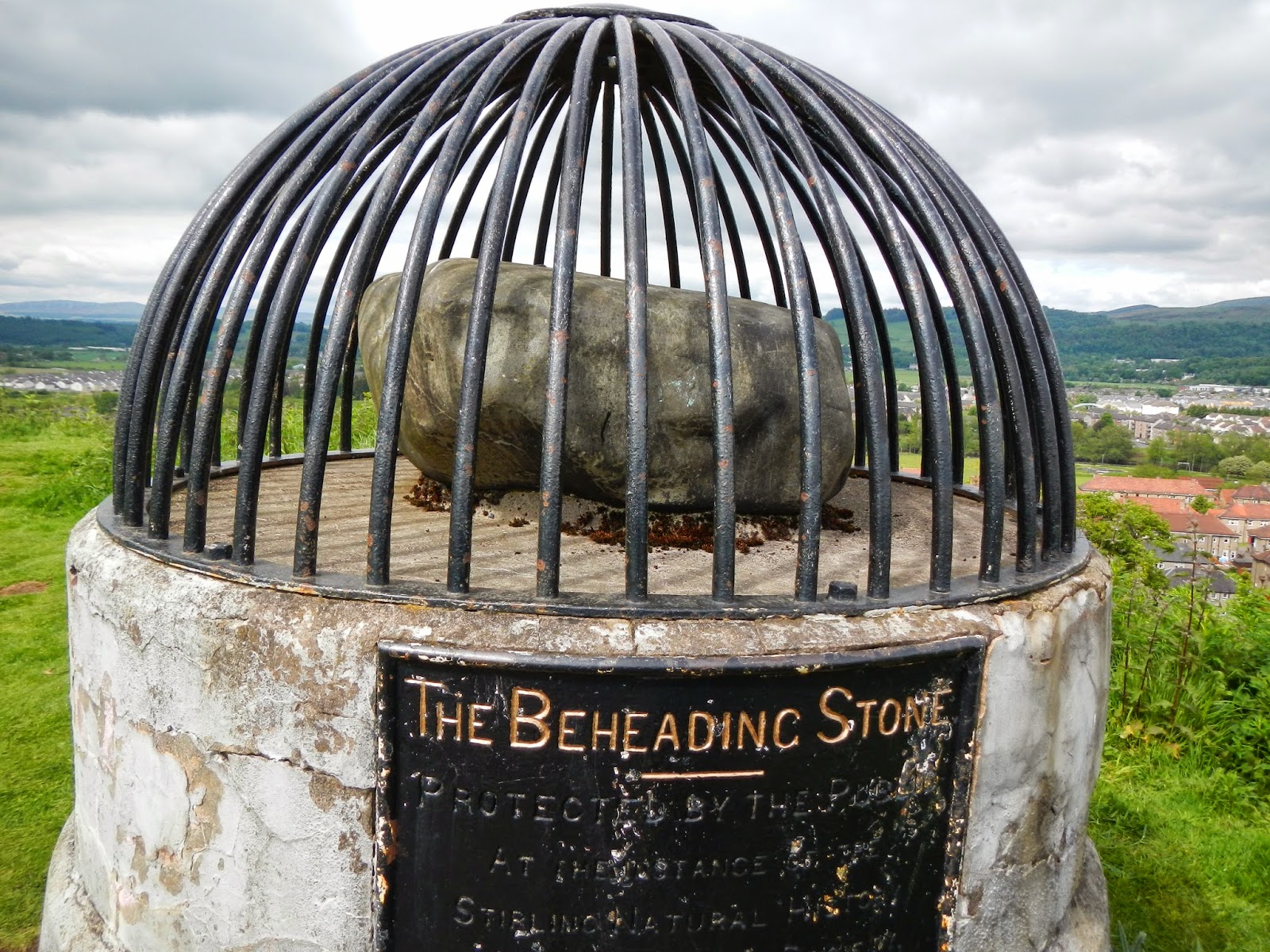 Here is a panoramic view of Stirling - the new part to the left - from the top of the hill in the park.

The cannon stand silent guard on the hilltop. 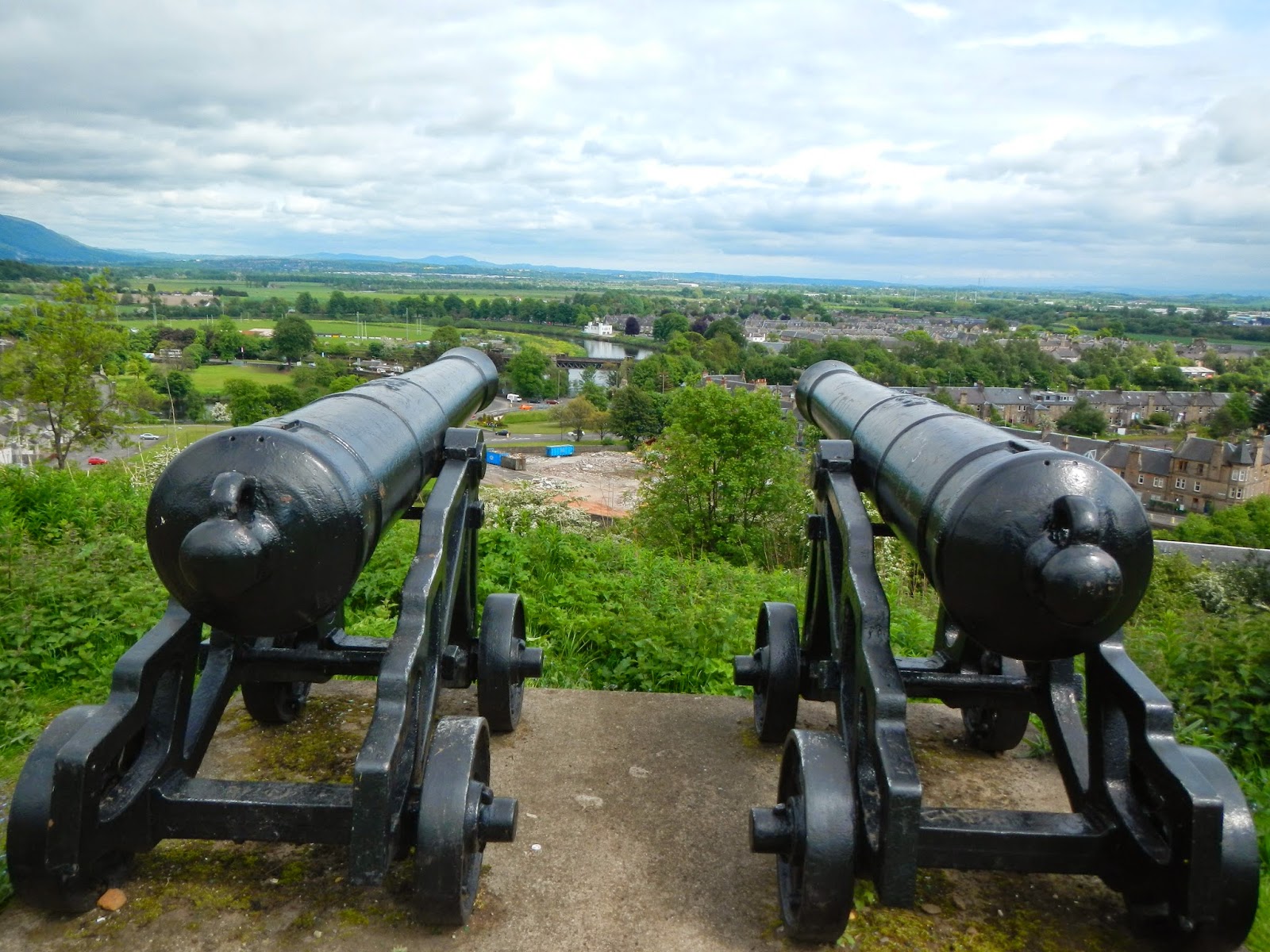 As we looped back towards the old part of the city through the park, we caught a view of Stirling Castle. 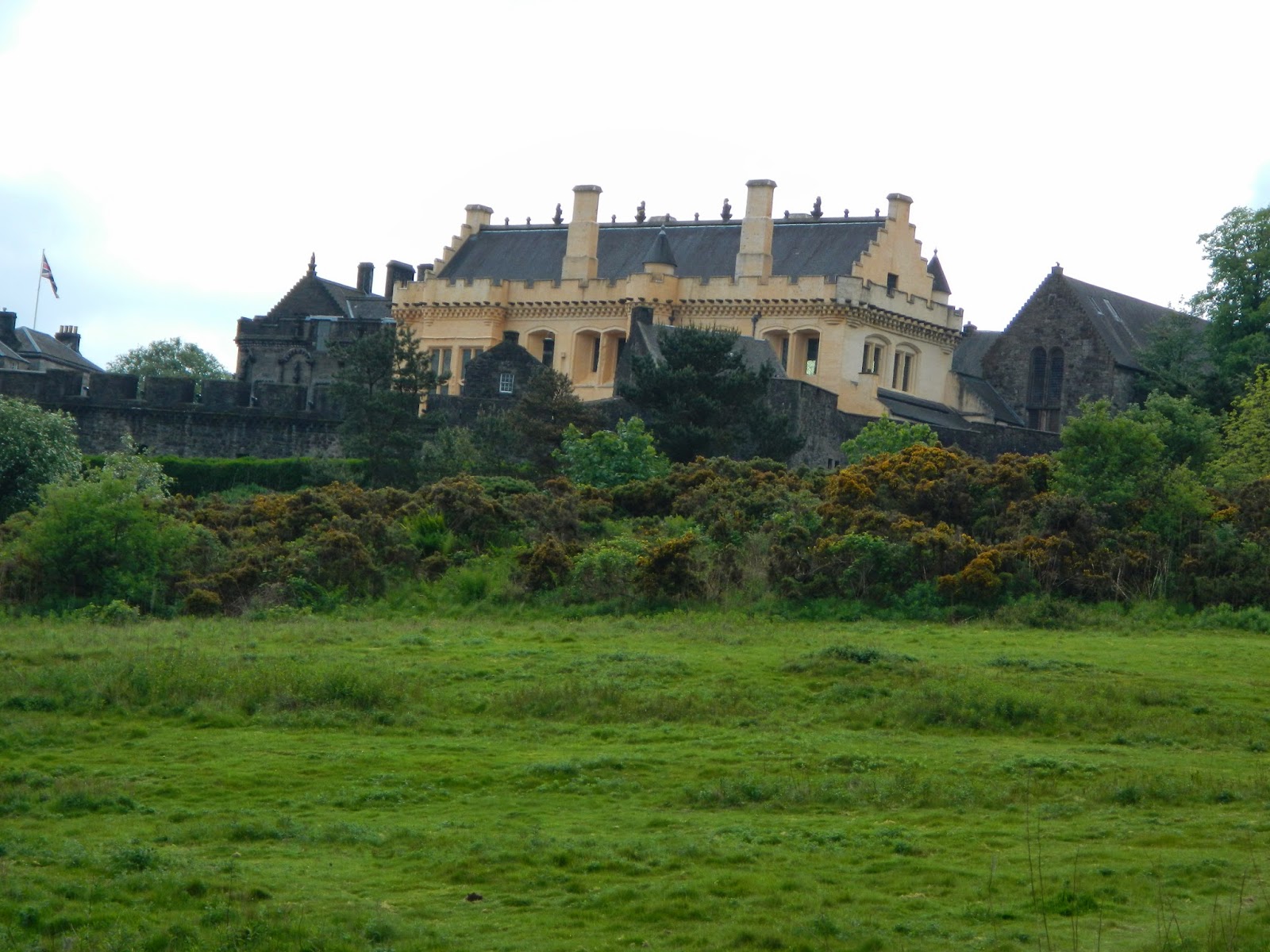 Later that evening, we had dinner at this restaurant.  The courtyard looks so inviting, but it was raining later on.  I tried to convince my brother-in-law to have an ale at several places along our walk - with me buying - but he declined, saying that he would have a Guinness with dinner. 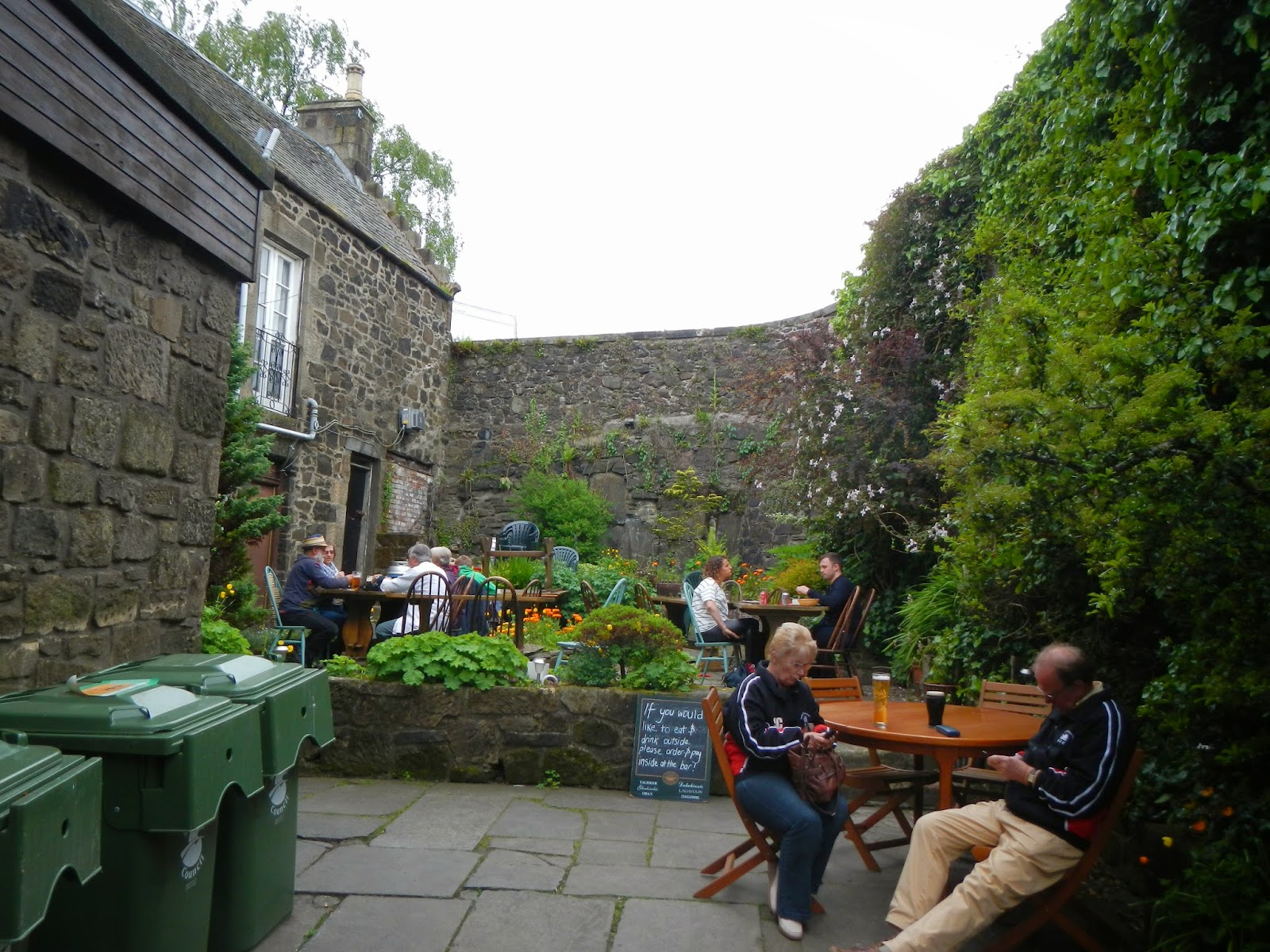 As we returned to the city and headed back towards the train station and the car park, we came along another pair of old cannon. 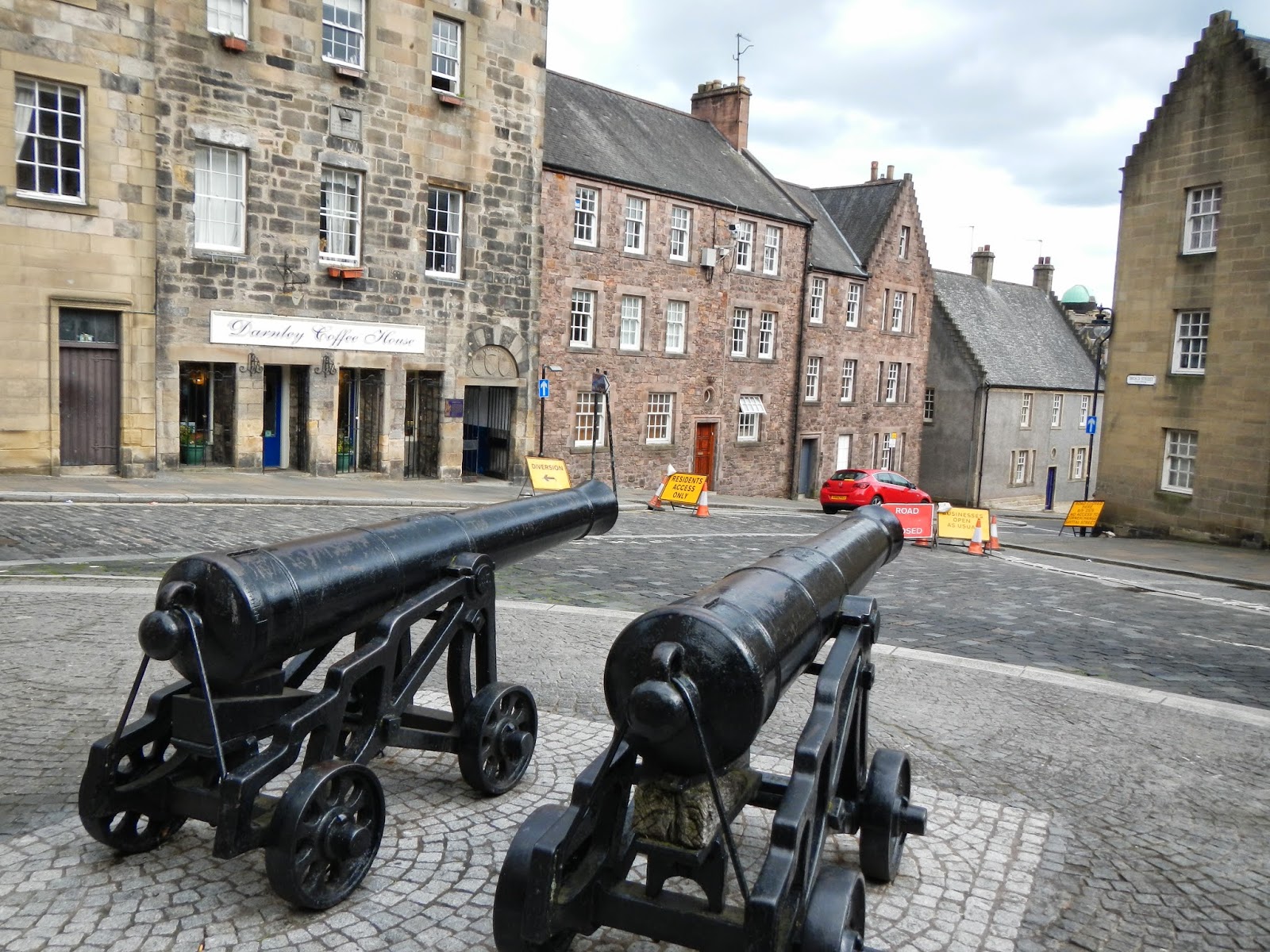 The next day, we would be leaving Bonnie Scotland to head home to the US of A.  It had been a great trip, but I wish we had had more time there.  Still, we packed a lot into our eight days in this lovely and friendly country.  I hope someday to return.
Posted by o2bhiking at 6:48 AM