Last Tuesday, my friend Doug asked me if I wanted to go hiking with him and his son, Eric.  Sounded good to me.  After a cold snap, the weather was supposed to hit the high 50's in the mountains.  After some back and forth, we decided to go to Doyles River Falls.  Since Eric had to be back in time to get to "Hamilton," we decided to do the shorter loop of about seven miles.  The longer loop adds about 1.5 miles and 600-700 feet of steep uphill climbing. 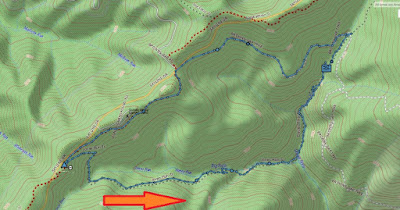 This time of year, you never know whether to expect a trickle at the three falls or not.  I felt as if the flow were unusually strong for late November.  Within a fairly short hike, you are comforted by running water for several miles.  I liked the water sheeting over this rock face: 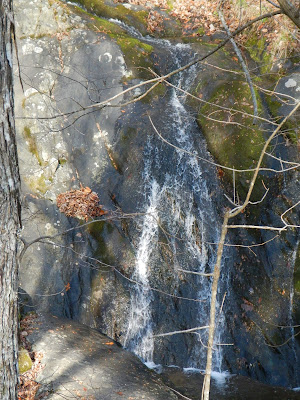 Doug, Eric, and Charlie Brown stand in front of Big Falls on Jones Run.  The falls are about 40 feet. 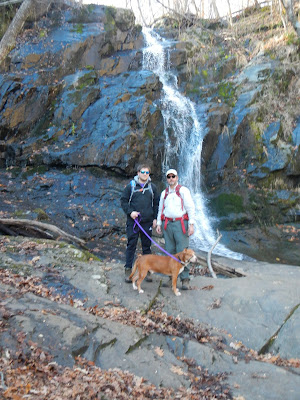 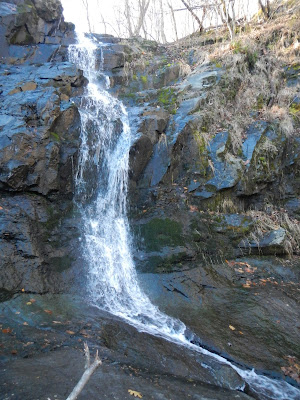 The trail follows Jones Run (left) for some time, and then goes uphill when it reaches the Doyles River. 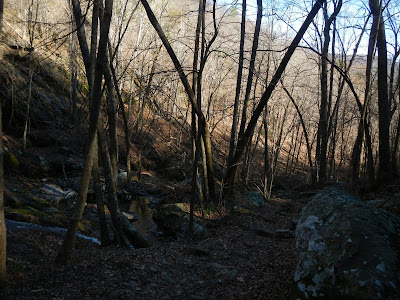 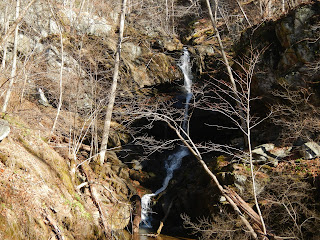 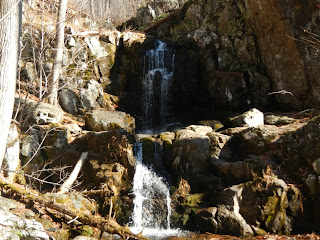 It was a pleasant day hiking, and Charlie Brown's first hike!  Doug adopted him recently as a rescue dog.  He seemed to enjoy the outing, even finding some awful pungent substance to roll around in on the trail back.  It smelled like deer urine or bear urine.  He smelled awful and we drove home with the windows down.  Other than that, it was a fun hike with good company on a nice day in the mountains.

And with that, I've caught up my four recent hikes!  But I hiked yesterday, and thus, am behind again.
Posted by o2bhiking at 4:51 AM