The Forest Gnome is Semi-Retiring

Maybe a dozen or so years ago, my good friend Tom from Weld, Maine gave me a gift that he had made for me.  Out of a piece of beaver wood, he had made me a hiking staff, and in a recessed knot in the wood, he had carved the face of a gnome.  Over many, many hikes, that staff with the little forest gnome has accompanied me to many places.  And now, I am letting the gnome take a little rest, letting it semi-retire.  Time and many miles have battered my hiking staff.  So while I will still take it on a hike now and then, for the most part, I will keep it as a memento and a keepsake of these good times hiking. 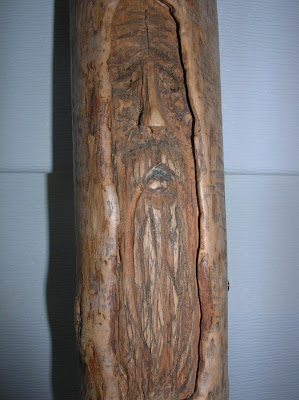 Over recent years, as I have hiked in national parks, I've tried to buy a medallion to remember the park by.  For the most part, my Maine-made hiking staff has not accompanied me to these parks, because I have only driven to relatively close places.  I don't think I could take my rugged and heavy hiking staff on an airplane, at least not without getting in trouble with the TSA.  But I still nail the little medallions to the hiking staff.  Someday, I hope to give my hiking staff to my granddaughter.

Now, while my little forest gnome is partially retiring, nothing is permanent.  Just as I came back from "retiring" from Team in Training, and just as Brett Favre unretired multiple times from football, I suspect that the gnome will roam again with me along a few delightful trails each year.  In the meantime, here are some photos of the medallions on my hiking staff.

Here are the gnome and I, on top of Mount Washington, the tallest mountain in the Northeast, in July 2007.  It was 5 years after surviving cancer. 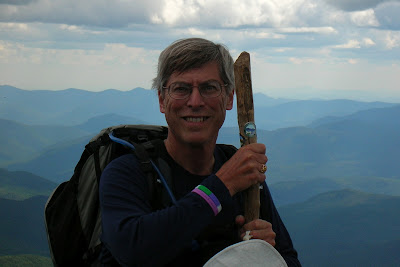 More than any place else, the gnome on my hiking stick has been with me to Shenandoah National Park. 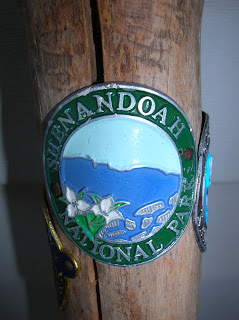 Glacier National Park was one of the coolest places I've even been.  And yes, I did see mountain goats there! 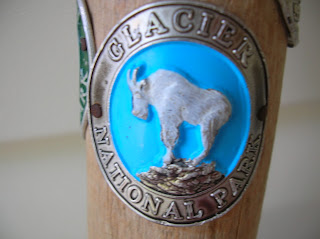 I visited Saguaro National Park in January 2008, the day after the Arizona Marathon - which could be my last full marathon ever (or not).  And in 2010, I hiked in our largest national park, Wrangell - St. Elias: the size of Vermont and New Hampshire put together.  The tough hike up to Bonanza Mine climbed 3,800 feet in the fog in about 4.5 miles. 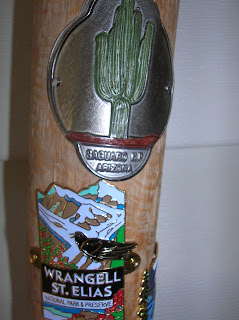 Old Rag Mountain in Shenandoah National Park is special enough to earn its own medallion. 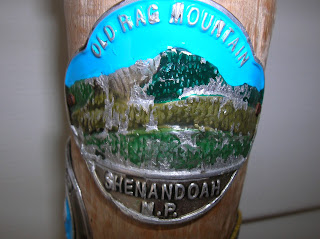 In 2010, I ran my last Team in Training event to date, the Seattle Half-Marathon.  After that, I spent three days hiking on tired legs in Mount Rainier National Park. 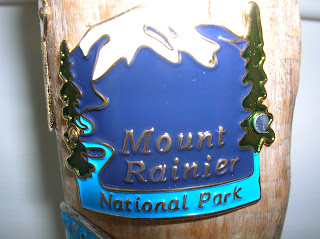 Yellowstone National Park in 2005 was a don't miss spot, and I will never forget it. 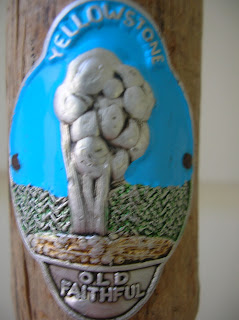 And the hikes and wildlife in Grand Teton National Park were spectacular. 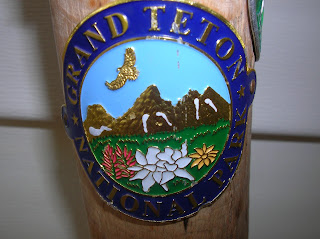 I've been on Mount Washington twice: once as a kid in 1967, and then 40 years later as a cancer survivor.  Where did those 40 years go? 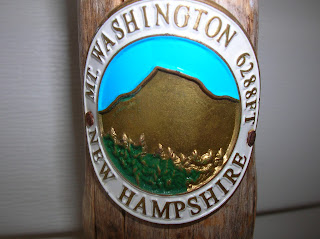 Denali National Park is one wild place.  I barely scratched the surface of hiking there.  Here is an account of one such hike. 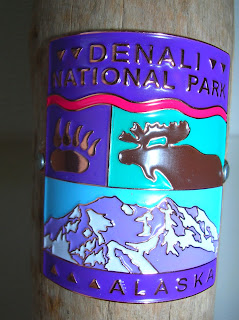 Email ThisBlogThis!Share to TwitterShare to FacebookShare to Pinterest
Labels: musings