As I arrived  back at camp from my walk on Saturday (June 8), I saw Carl standing on a hummock motioning to me.  As I got closer, I realized that he was telling me that he found wild horses.  We climbed a hummock, and there they were - to the west of us.  I had covered the other three major points on the compass on my hike.  When I first saw them, they were several hundred feet away, and the sun was behind them, so the first pictures I took did not turn out well.  But I very slowly circled around them - getting stuck by small cacti several times - and got closer and closer.

These horses are wild, but they are used to people.  Deer would have run away, but the horses stayed.  Even so, they are wild animals, and are believed to be descendants of Spanish horses that were shipwrecked in the 1600's.  People are injured every year when they do stupid things, like trying to ride them.  The boat captain told us that five people have been kicked this year, so far.  So we kept our distance, and enjoyed being so close to large wild animals.

Here are some photos.  You can see that the National Park Service brands them to keep track of them.  This was a band of five horses - a stallion and four mares.  At the first point, I had gotten north of the herd, and you can see the ocean to the south.  By the last photo, I was to their west, with the declining sun behind me.  These animals were all within a few hundred meters of our camp, but with all the little sandy hills, they could be totally hidden until you came right up on them. 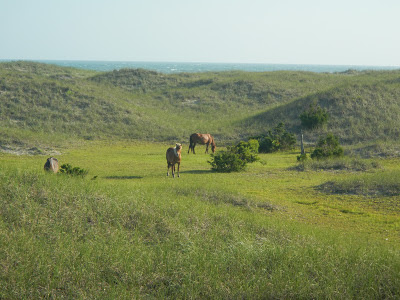 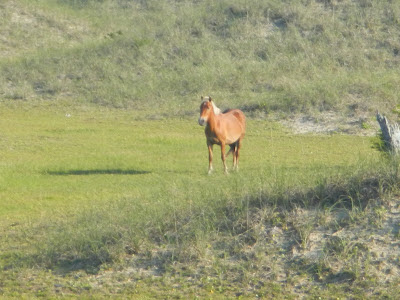 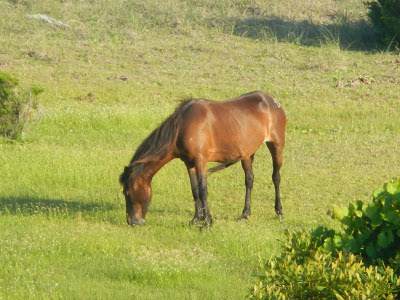 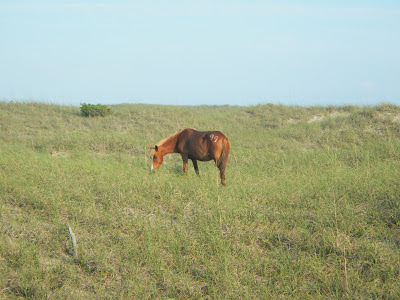 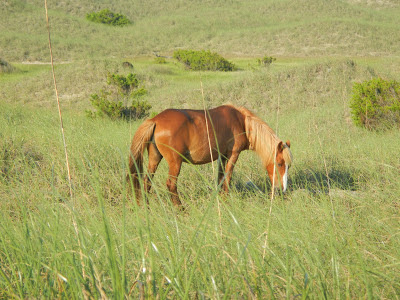